This article appeared in the Roswell Daily-Record on December 15, 2020 and in several other New Mexico newspapers.

New Mexico remains among the most locked down states in the nation when it comes to the CoronaVirus. In October the State’s unemployment rate was among the highest in the nation at 8.1%. This difficult economic news combined with the election of a more “progressive” Legislature in November mean that tax increases (and even spending cuts) are likely in store for the upcoming 2021 legislative session. With New Mexico relying heavily on oil and gas revenues, the State’s economic pain will last beyond the coming year.

A new deal announced by Gov. Lujan Grisham with the well-known streaming service Netflix is being touted as good news for New Mexico’s economy. In announcing the deal the Gov. claimed, “My administration has expanded our state’s competitive film incentives, facilitating higher-wage employment for New Mexicans all across the state.” Under the terms of the deal, Netflix will dramatically-expand their footprint in the State spending $1 billion over the next decade.

Unfortunately, despite all the hype and big-sounding numbers, the Netflix deal is just another example of New Mexico’s economically-ignorant political leadership “buying” jobs and economic activity with taxpayer money. The reality is that New Mexico’s already strapped budgets will be drained even more in the years ahead by this new plan to subsidize Hollywood.

Something that too few in the media do is look closely at the particulars of the deal itself. For example: the State offers a 25% film “tax credit” which is really a rebate of 25% of the costs of production. Netflix is able to boost that rebate by another 5% since they are considered a “qualified” production facility.  That means taxpayers will reimburse Netflix for 30% of their spending in NM. According to a new report from the Legislative Finance Committee (LFC) states that film subsidy payouts could increase annual tax credit payouts by $25 million beginning next fiscal year.

Lest there be any doubt that film subsidies actually cost the State and its taxpayers money, a separate 2019 LFC report  noted, “Because film tax credit payouts are booked to Corporate Income Tax (CIT), actual CIT receipts are higher than the final amounts distributed to the general fund.” These subsidies take corporate tax dollars right out of the State Treasury and hand them to film companies.

“Tax credits” are just the starting point. Additionally, the State is providing $17 million in LEDA incentives; the City of Albuquerque is providing another $7 million in LEDA, and they will also provide an industrial revenue bond to abate some or all property taxes over a 20-year term for the first $500 million investment to build out the facility.

Finally, even though NM has an annual cap on film tax rebate expenditures, the legislation exempted companies that purchase or sign a 10-year lease for a qualified production facility: this means the cap does not apply to Netflix.

In other words, Netflix is definitely going to grow and appear to create more jobs in New Mexico (which will make a lot of headlines), but it will do so at taxpayer expense. That cost is not just in lost revenue, but in actual spending. Those costs, generated through the tax credit, really a rebate, are borne primarily by State taxpayers. This subsidy is both unfair AND unsustainable.

Governor Michelle Lujan Grisham has now locked us in to paying Netflix outrageous sums of money over the next decade at a time of great uncertainty for New Mexico families and the state’s economic outlook. 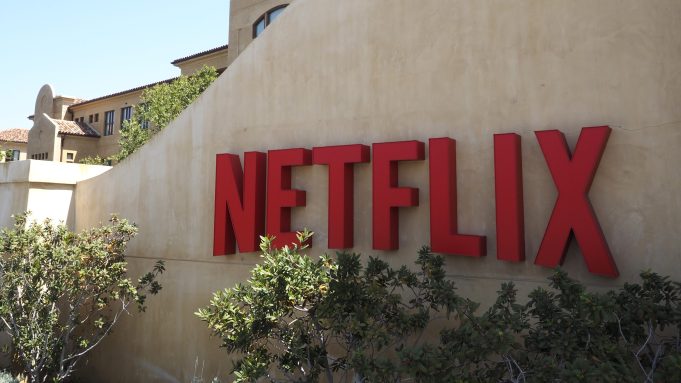