New Mexico’s most far-left “progressives” on June 8 sent an “interesting” letter to President Biden in support of his Administration’s anti-energy policies. The letter largely disregards the profoundly negative impacts Biden’s permit moratorium is having on New Mexico in terms of lost jobs and revenues (impacts publicly acknowledged by Gov. Michelle Lujan Grisham).

Notably, these elected Democrats are acting counter to their OWN STATE as well as THEIR OWN Gov. and legislative leaders. Also the letter linked above is illogical .

The letter states the legislators’ support for the Biden Administration’s moratorium on oil and gas leases and calls for a “transition” away from oil and gas. So, naturally in the next paragraph it argues for raising taxes on oil and gas through a royalty increase. All of this is of course for the supposed benefit of “the children” who they say are receiving inadequate revenues from the very oil and gas they support Biden by “keeping it in the ground.”

Notably, more Democrats DID not sign the letter (24 signed, but 46 of them DID not), so support for the Biden Administration’s moratorium remains a MINORITY position even among New Mexico’s increasingly-progressive Democrats. Shots fired. 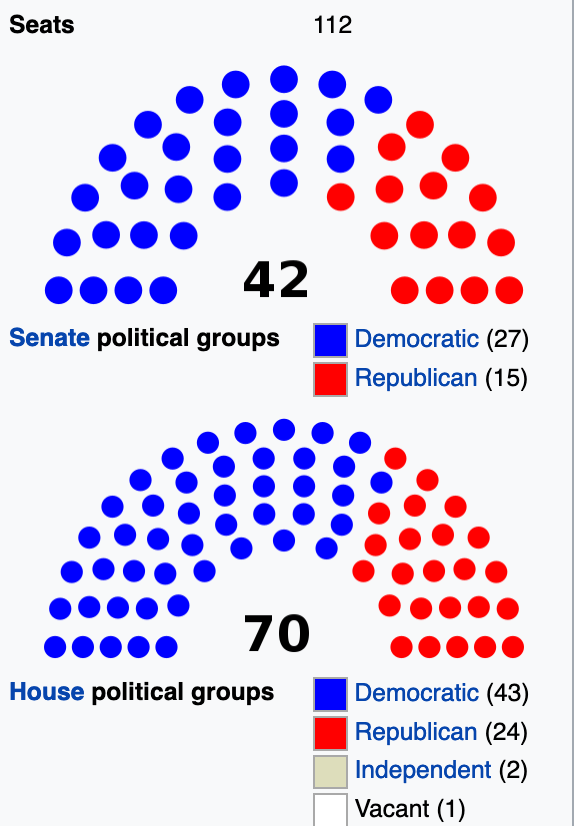