When the Legislature reconvenes in January many, including some economists, will push for higher taxes. The Rio Grande Foundation has received pledges from dozens of legislative candidates that they WILL NOT raise taxes and you can find that pledge and the list of signatories here.

While Gov. Lujan Grisham has shut the economy down and that will soon impact tax revenues in a negative direction (absent another big federal stimulus), the reality is that many in New Mexico wish to raise taxes regardless of supposed budget shortfalls. A big tax hike, HB 6 was passed in 2019 when New Mexico was experiencing a major budget surplus.

But New Mexico is already a high-tax state. Don’t believe us, check our the chart below from the Federation of Tax Administrators. When compared to our neighbors (and adjusted for incomes) New Mexico has a heavy tax burden, far heavier than any of our neighbors.

Rather than raising taxes on hard-pressed New Mexico families and businesses, we are proud to stand with those who believe that our State taxes us enough already. 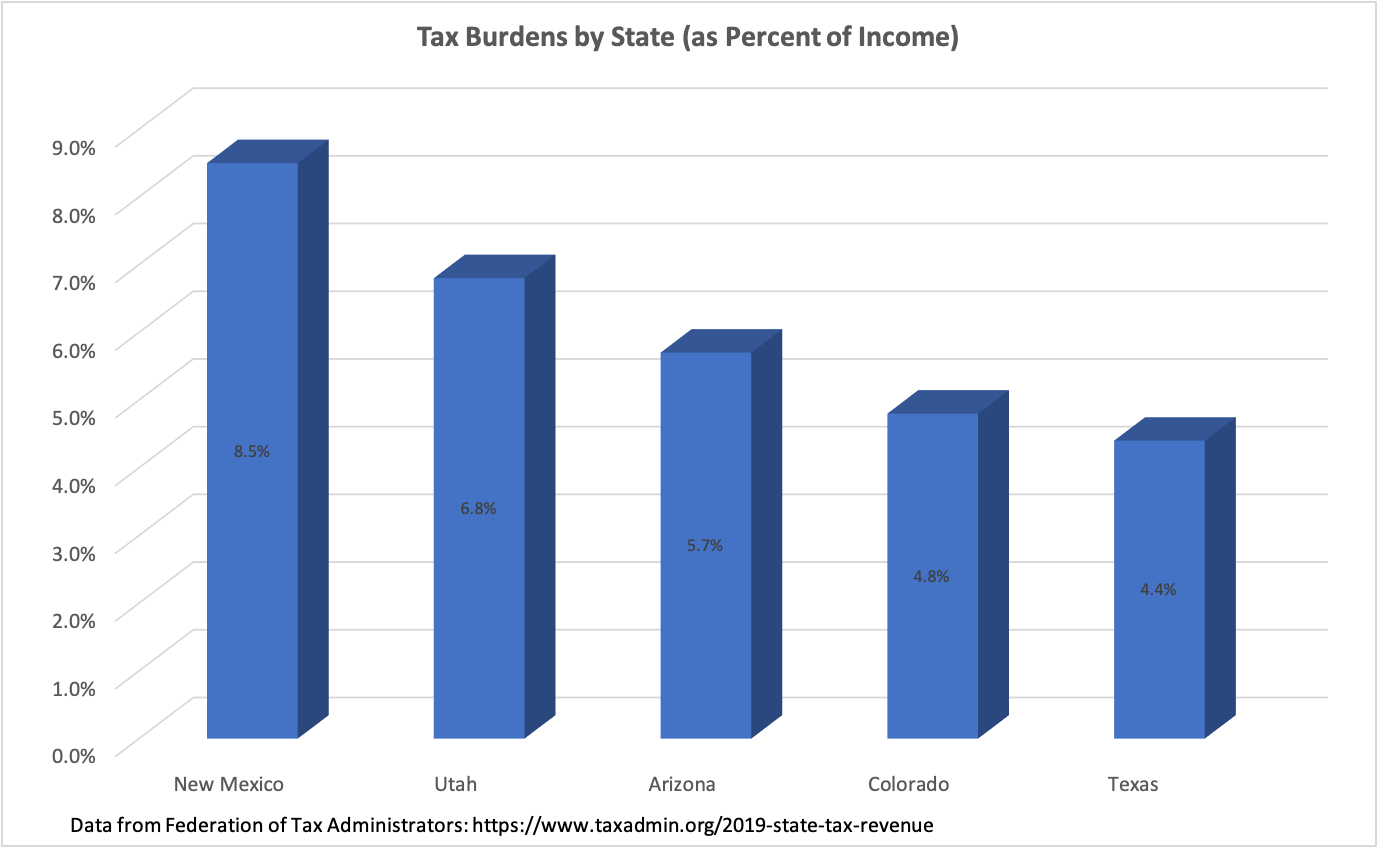