The American Legislative Exchange Council (ALEC) is a conservative group of state legislators from all over the country. They share policy success (and failures) and create model bills based on concepts that have worked in one or more states that legislators might want to introduce elsewhere.

The exist in New Mexico although given our “deep blue” politics, you’d have to look hard to find any ALEC policies that have made their way into legislation.  But, a new report by Art Laffer and Jonathan Williams (a previous RGF luncheon guest) ranks the nation’s 50 governors on a few basic metrics and finds Lujan Grisham to be the VERY worst governor in the entire country.

It is no surprise at all that Lujan Grisham is the worst Gov. in the nation. RGF has postulated in the past that upon taking office she took every policy RGF supported and advocated doing the opposite. And then she locked down New Mexico’s economy and kept struggling New Mexico kids out of school for a year due to her misguided “Zero-COVID” mindset.

The BEST Gov. in the nation in the report is Kristi Noem of South Dakota who famously kept her state open during COVID.  You can read the full report below: 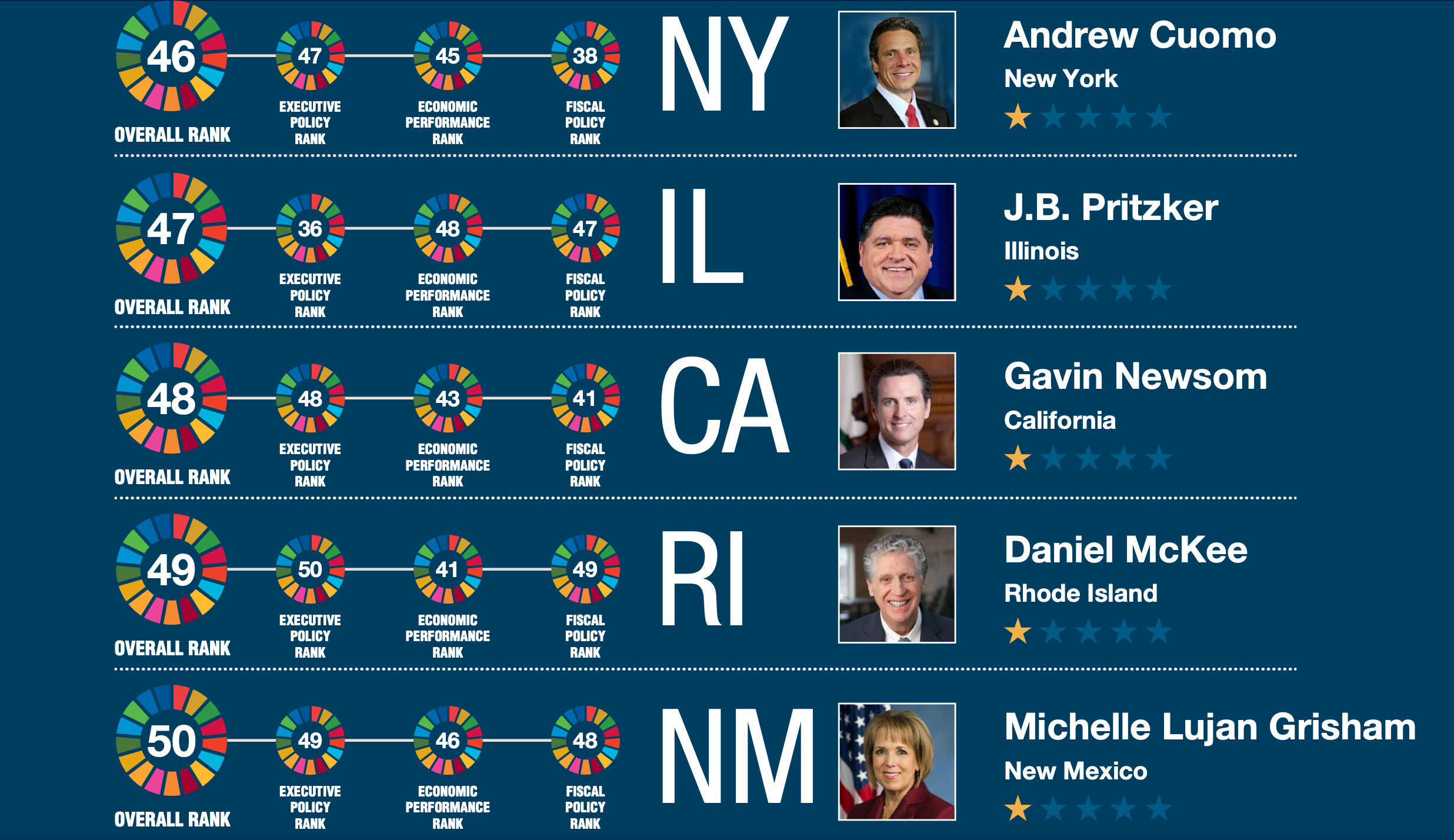