According to a new report from the Bureau of Economic Analysis, New Mexico’s GDP in the first quarter of 2022 dropped much faster than the US rate and nearly double the rate of its fast-growing neighbors.

The US GDP shrank by 1.69% in the first quarter, but New Mexico’s shrank by an awful 4.7% (that’s especially awful considering New Mexico’s ongoing oil and gas boom). Most US states saw significant GDP declines, but only Wyoming, North Dakota, Alaska, and West Virginia saw steeper declines than New Mexico.

It is hard to tell which is worse, the Biden Administration’s overall economy which has led to declining growth when the US should be in a post-COVID boom or Michelle Lujan Grisham’s which has led to New Mexico’s awful results in spite of the strong oil and gas industry. 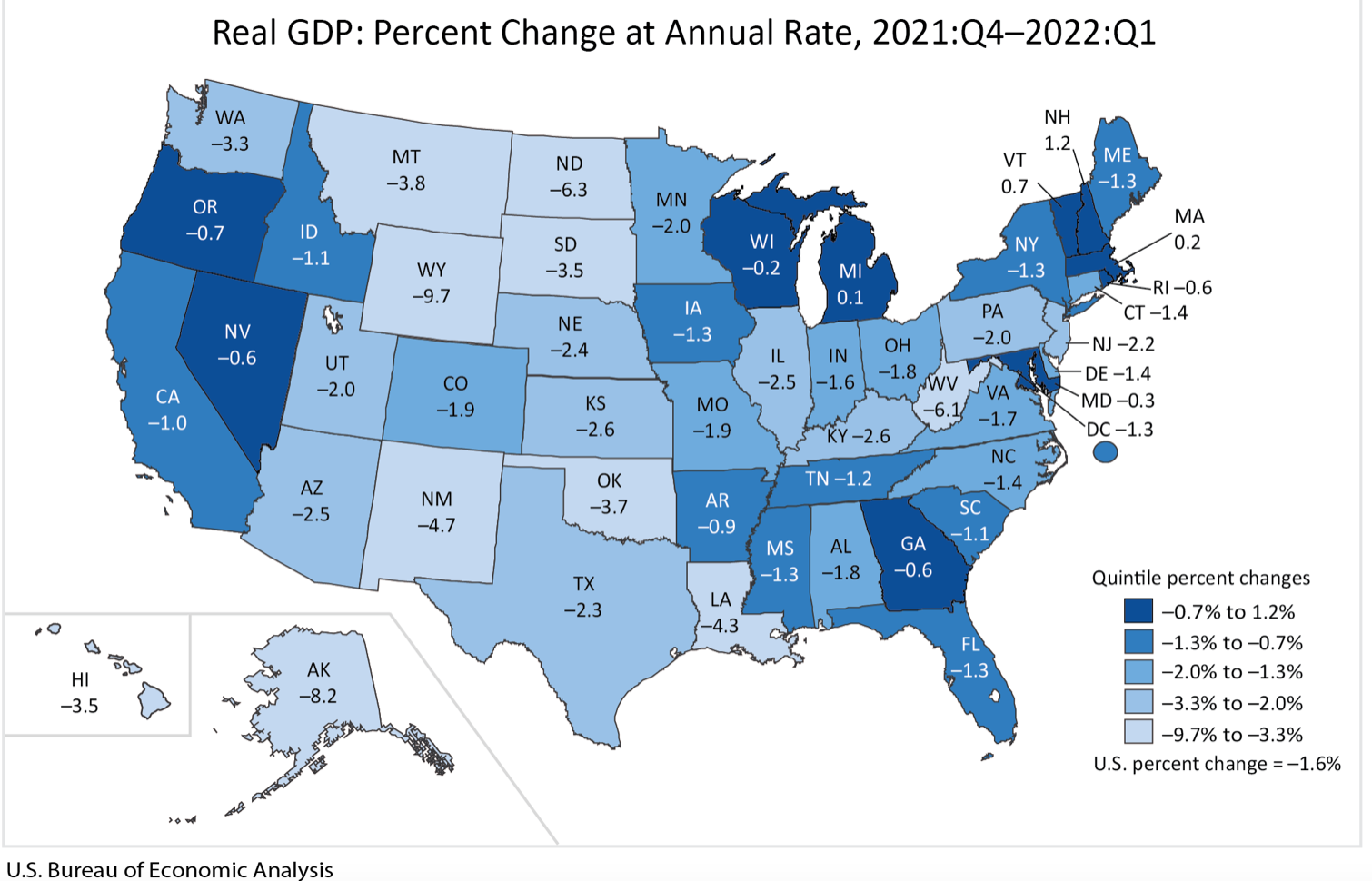