The following is from GOBankingRates as reported on Yahoo News here.

GOBankingRates took a look at a variety of economic factors, from year-over-year GDP and unemployment rates to wage changes and the percentage of a state’s population that is living in poverty. States were divided into the top 15 and the bottom 15 and ranked in reverse order. Thus, the state in the worst current economic shape appears as No. 1 at the end of the “failing economies” section, while the only state in the nation thus far that shows a year-over-year percentage gain in employment appears as No. 1 under the “thriving economies” section. 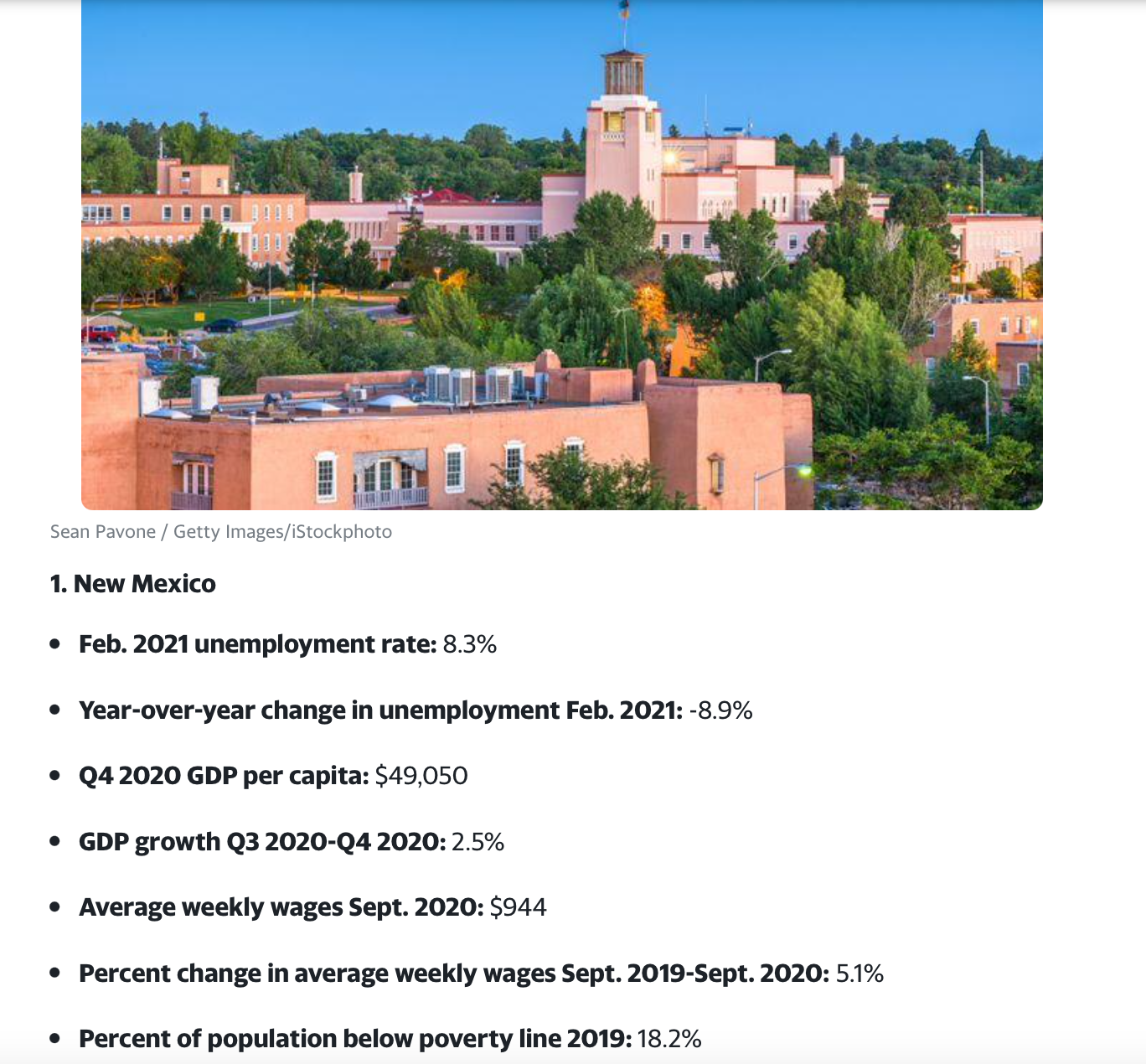 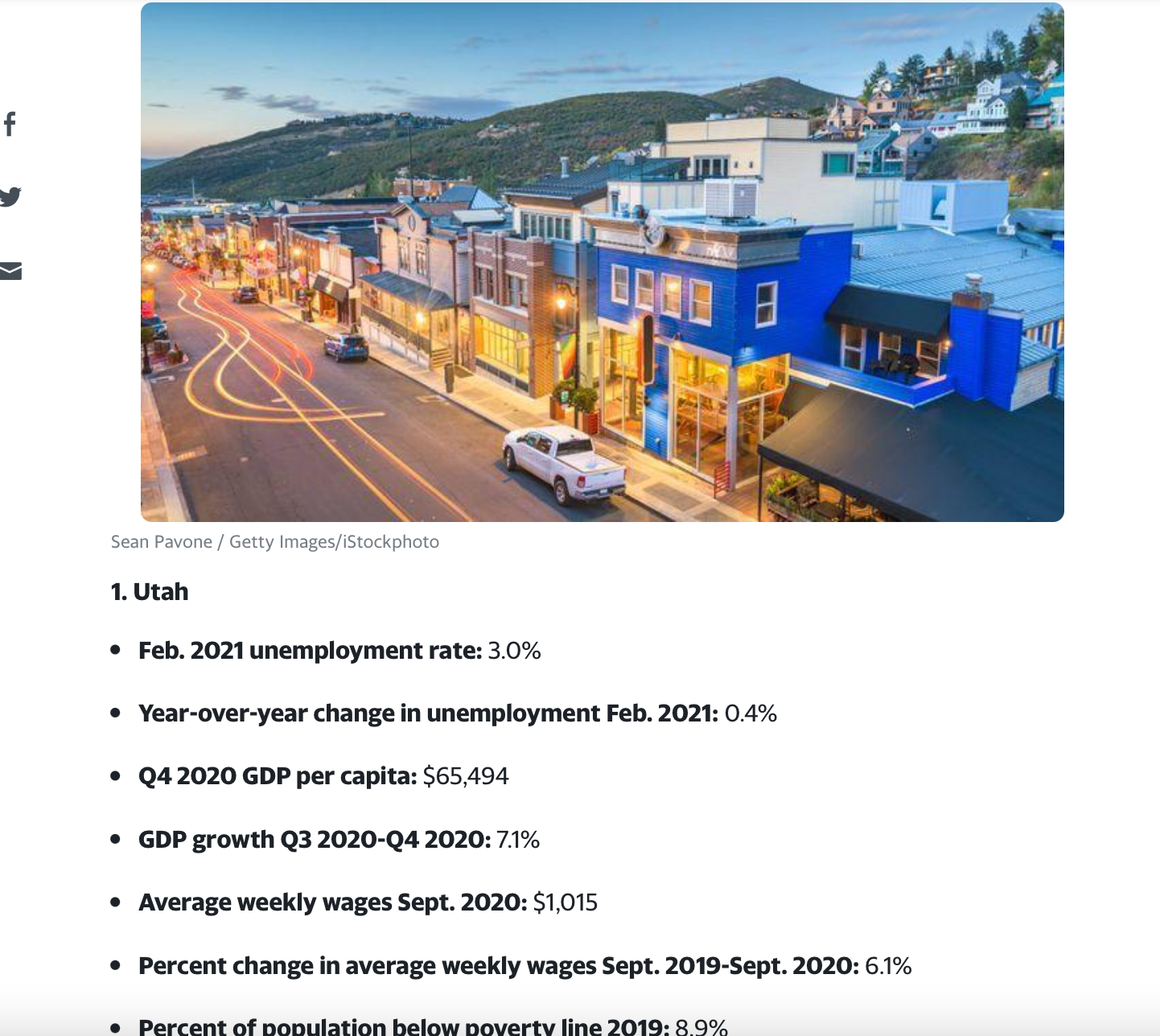