At the Rio Grande Foundation we decried Gov. Lujan Grisham’s school “lockdown” policy from the start of the 2020-2021 school year once it was scientifically-accepted that classrooms and schools were not primary vectors of COVID 19.

Unfortunately, unions and Gov. MLG did not pay attention to “the science” and kept New Mexico schools in “virtual” mode until they were reopened to full-time, in-person learning on April 5, 2021. That made New Mexico’s lock-out longer than all but 5 other states’. Shamefully, as the following from the New York Times (using data from researchers at Harvard’s Center for Education Policy Research points out, schools with high numbers of poor and minority students were most likely to go remote prompting a Harvard researcher to say, “This will probably be the largest increase in educational inequity in a generation.” 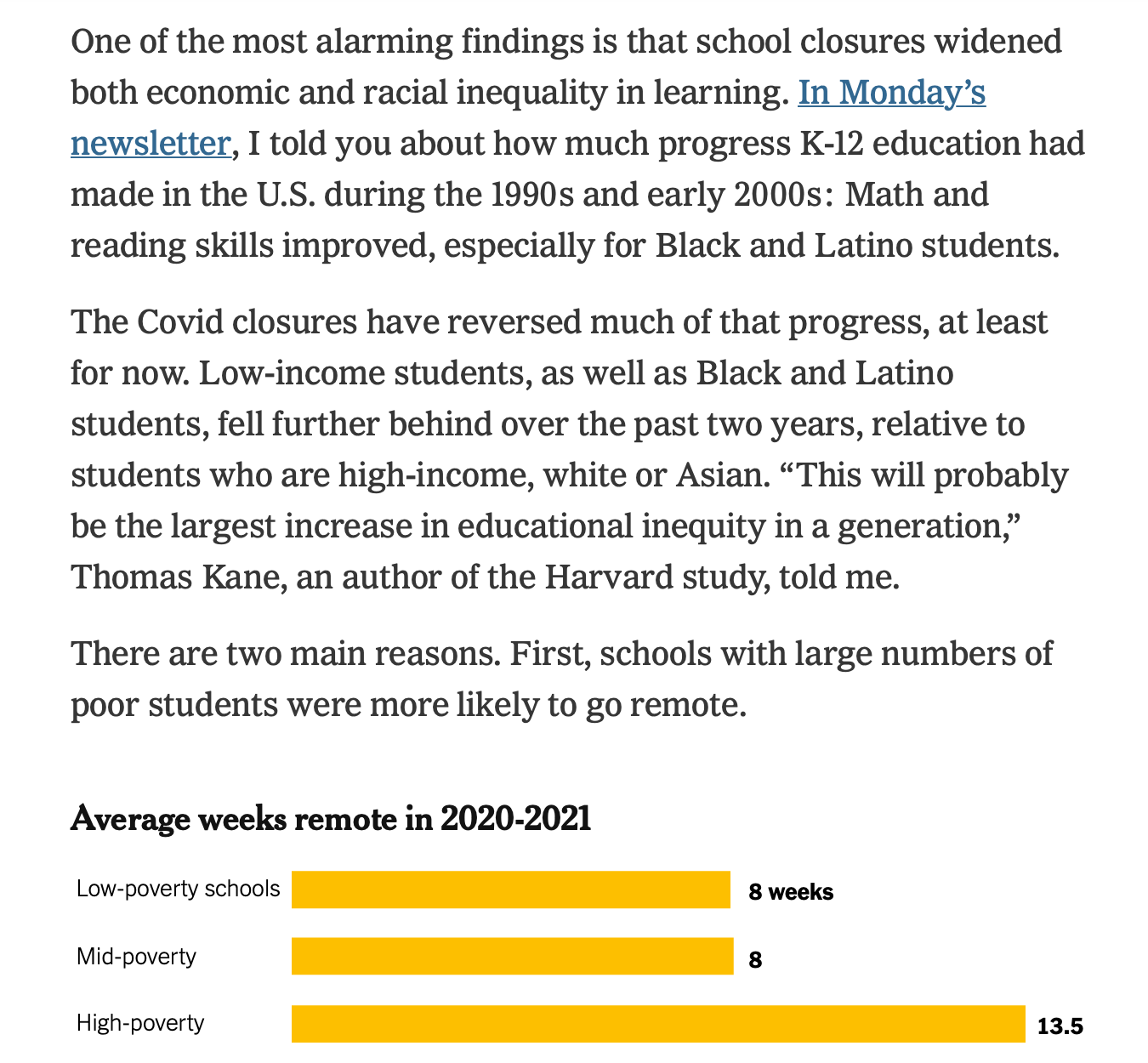