Recent reports have noted that New Mexico’s already-falling government school student population fell even more quickly thanks to the uptick in home schooling during the pandemic. The author’s own family chose this option and were clearly not alone.

As the map below shows, New Mexico is among the states with the largest outflow of students from government schools. You can read the full article from The 74 here This isn’t surprising given New Mexico’s relative large loss of classroom learning, but the uptick in home-schooling doesn’t necessarily correlate with most locked down states. It IS certainly noteworthy that some of the least locked down states like South Dakota and Utah saw the least uptick in home schooling.

Of course, Albuquerque Public Schools is concerned about losing as much as $53 million because of the decline in enrollment. What is left unsaid is that even as enrollment declines, already high APS’s per-pupil spending figure will likely skyrocket in the next few years. 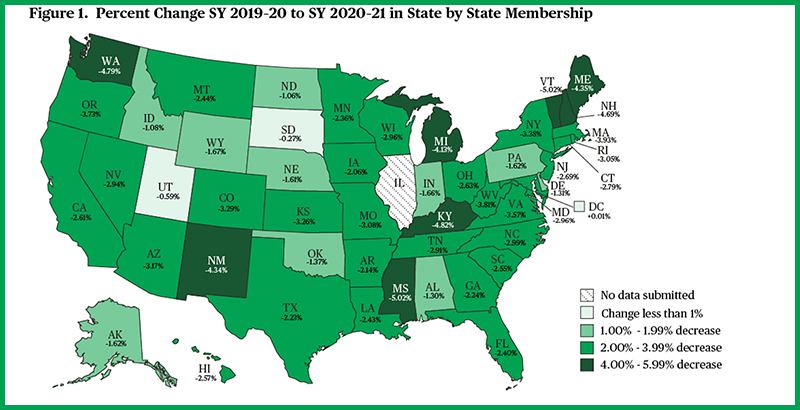