New Mexico’s unemployment rate in September remains elevated at 5th-highest in the nation. And, New Mexico continues to exceed all of its neighbors’ rates by a considerable margin.

According to an RGF analysis, each of the bottom 8 states (worst unemployment) has a Democrat governor. Each of the 11 lowest unemployment rate states has a Republican governor. Due to the outsized role of COVID policy in driving unemployment rates and the near total dominance of governors, this is the “current” context behind “red” and “blue” distinctions. 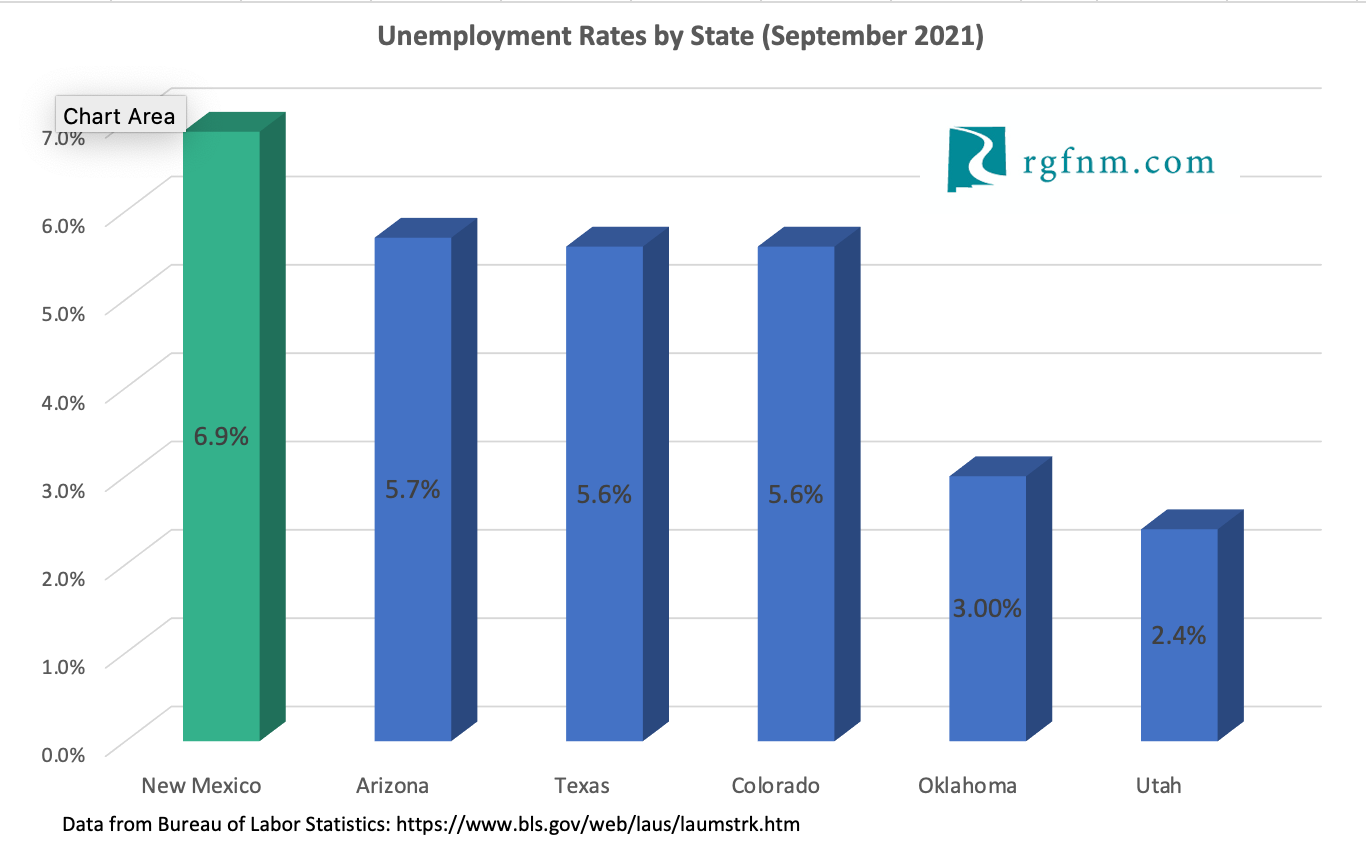