With the recent report of unprecedented revenues flowing into the State of New Mexico (largely from oil and gas), New Mexico’s general fund budget will have increased from $5.7 billion in 2017 to $8.8 billion in FY 2023. That is an astonishing increase in excess of 54%.

The revenues come at a time when New Mexico’s economy as experienced by a majority of the State’s residents remains mired in a slump. The unemployment rate is 2nd-highest in the nation and the civilian labor force is struggling to recover even from earlier in the pandemic. But, oil and gas operate on different market forces such as newly discovered formations and prices that are driven by myriad government policies and international market forces.

So, despite higher taxes and more regulations imposed by Gov. Lujan Grisham and the Legislature, the Government of New Mexico is doing very well. Unfortunately, the State’s economic trajectory won’t change for the better until the electorate demands that oil and gas money which currently fuels bigger government (as seen in the bar chart below) is actually used to benefit New Mexico’s economy instead. 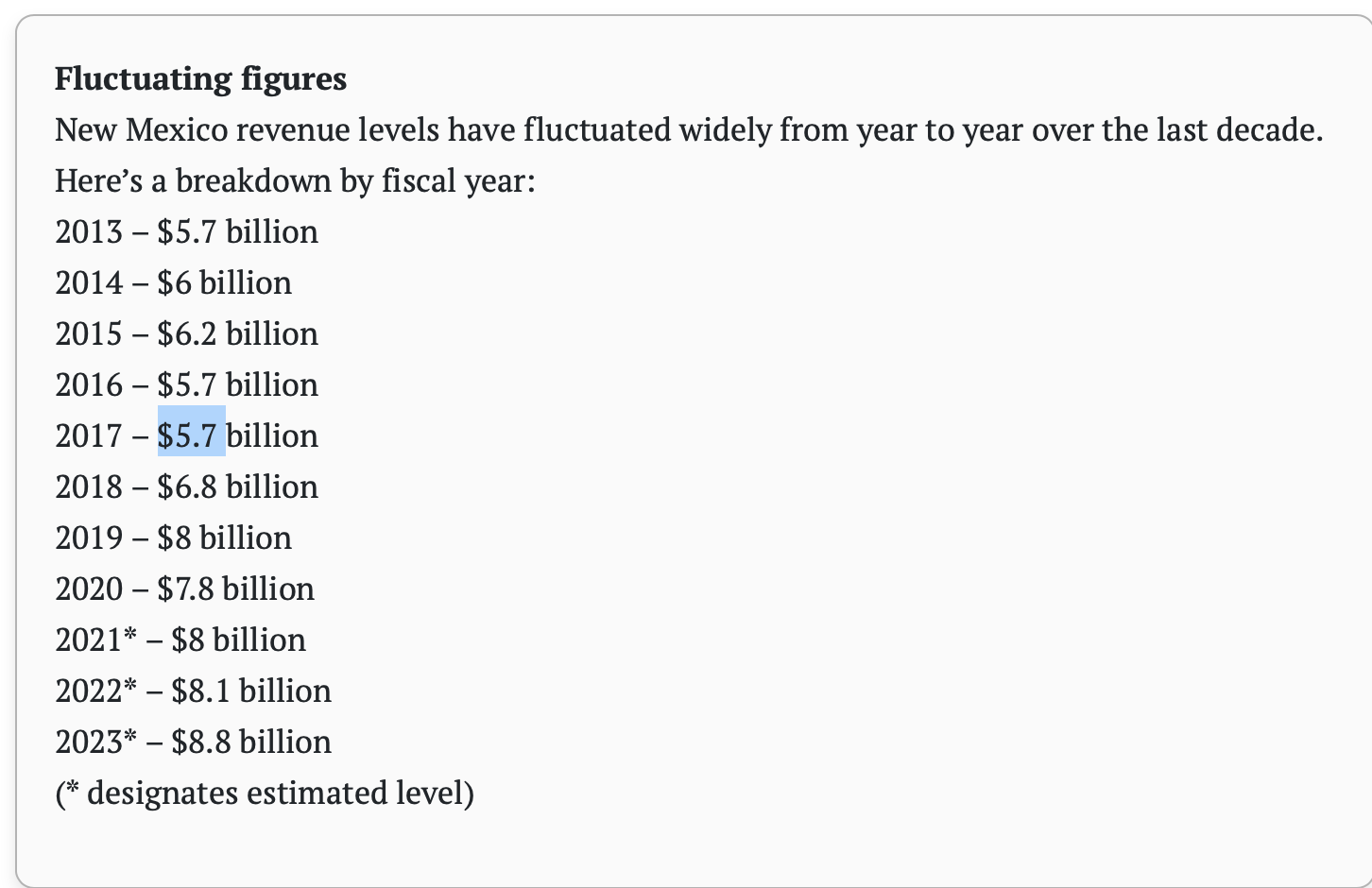 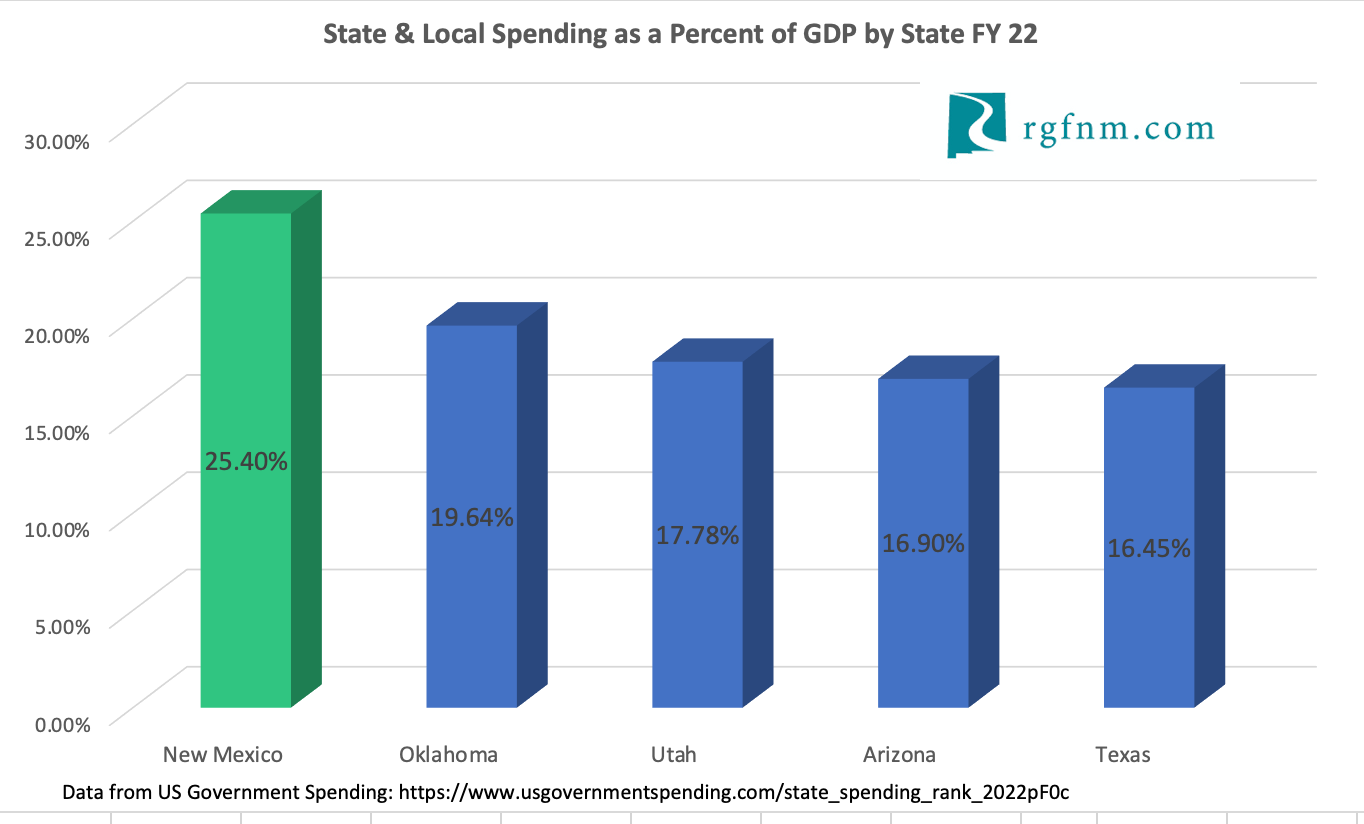