In an attempt to call gubernatorial candidate Mark Ronchetti’s tax cut plan into question Voices for Children and their “action” arm have released an “analysis” of Ronchetti’s plan that simply fails to hold up under basic scrutiny.

You can read an article about the analysis here and their actual analysis here. The gist of it is as follows. Voices notes that New Mexico’s general fund budget is $8.4 billion and that Ronchetti’s plan will reduce revenues by $2 billion annually. They claim this is a problem that will result in spending cuts and the like.

But all you need to do is to consider some basic information to see that Voices is just wrong. Here is the basic budget lowdown. The LFC estimates New Mexico will bring in “$10.9 billion in revenue for the coming fiscal year.” That’s more than double the $5.4 billion in revenue the state took in just over a decade ago” meaning the budget has grown tremendously.

So, if Ronchetti’s plan were to kick in, New Mexico’s expected revenues for FY 2024 (the coming fiscal year, we are CURRENTLY in FY 2023) would be “only” $8.9 billion instead of $10.9 billion. That’s STILL a healthy increase from where spending is today. It also represents a static approach meaning that NO positive financial impact is contemplated from New Mexicans having all of those additional tax dollars in their pockets.

There are numerous other changes that COULD be made to either reduce spending OR improve New Mexico’s economy and thus generate more money. ALSO, Ronchetti’s rebate plan is contingent on oil and gas revenues, so if THEY go down, so do the rebates and the cost of his plan. 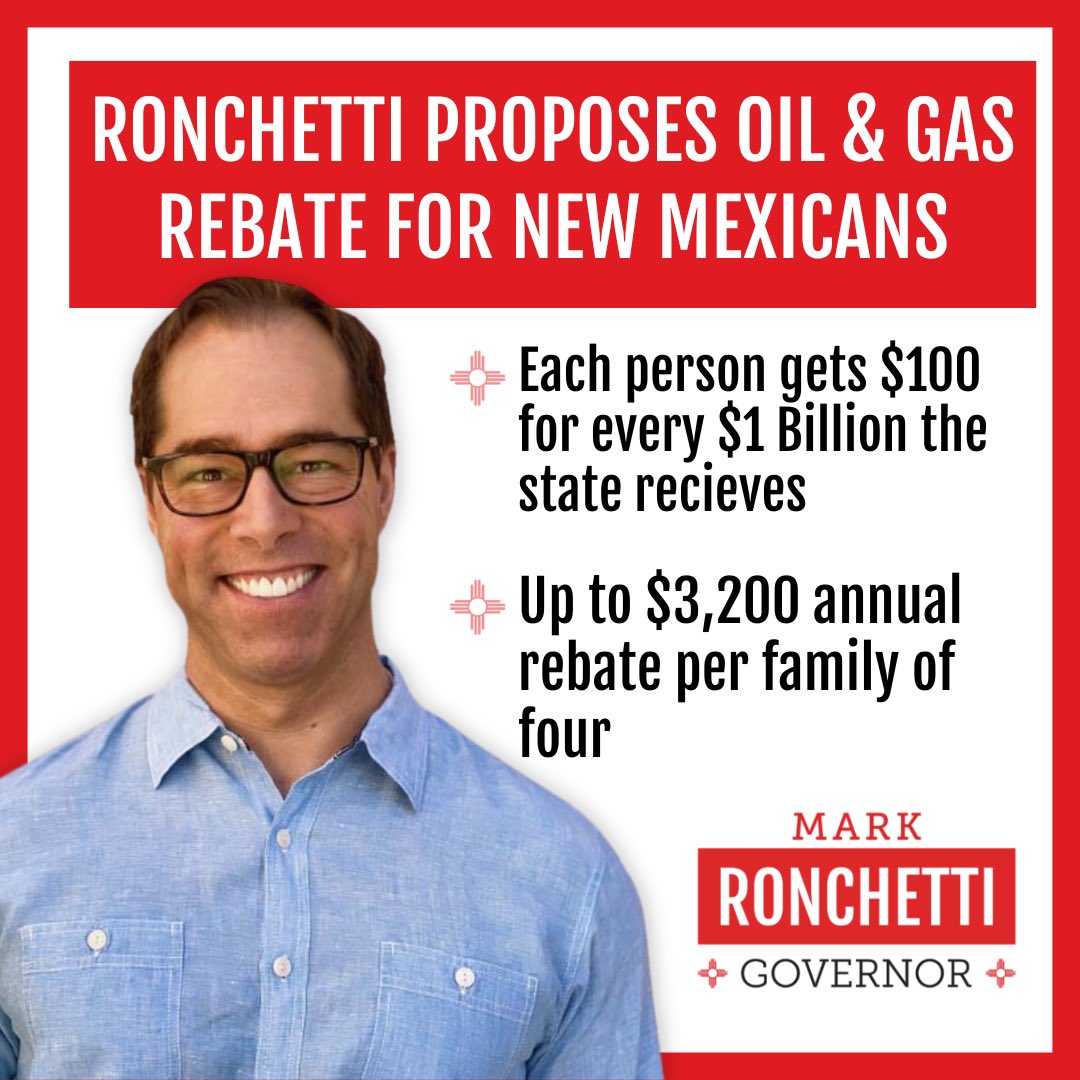