The following is directly cut from the New York Times’ morning email titled “COVID in retreat.” The data not only show that COVID cases are declining, but that the virus seems to operate on a two month cycle “and occurred when human behavior was not changing in obvious ways.”

The entire email is worth a read, but the following is telling, “We’ve ascribed far too much human authority over the virus,” said Michael Osterholm, an infectious-disease expert at the University of Minnesota. In other words, it may just be (as numerous critics of lockdowns, forced masking, forced vaccinations and numerous other government policies have demanded, that the Virus is going to “do its thing” and human behavior isn’t going to have much impact one way or the other. The following is the most relevant section cut from the article: 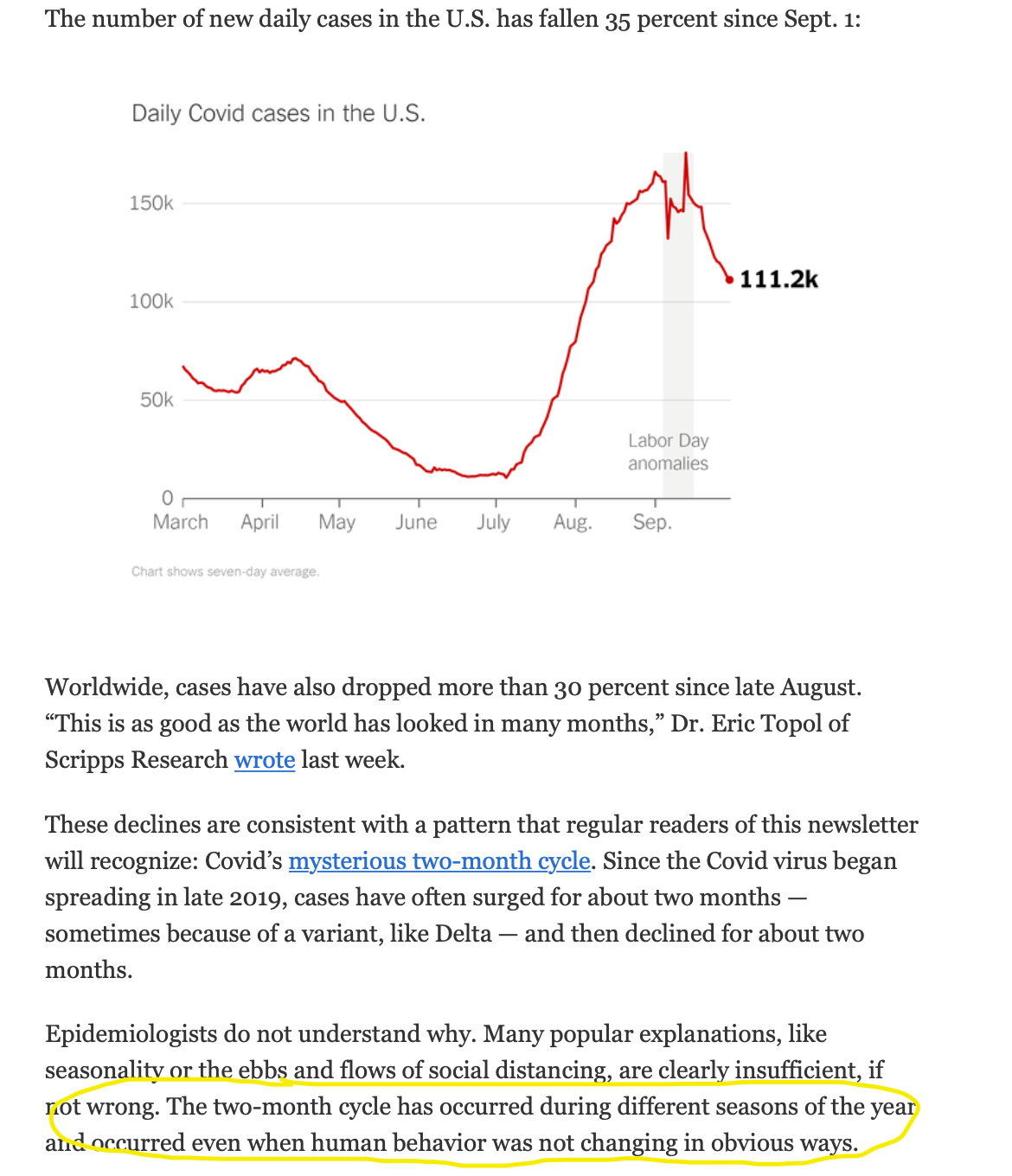