The biggest beneficiary of the ongoing energy boom has been President Obama. That’s not my statement, it’s Rick Newman’s from Yahoo Finance. Obama’s controversial plan to cut carbon emissions by 30% reminds me of the politician that gets a law passed when a trend is already happening. 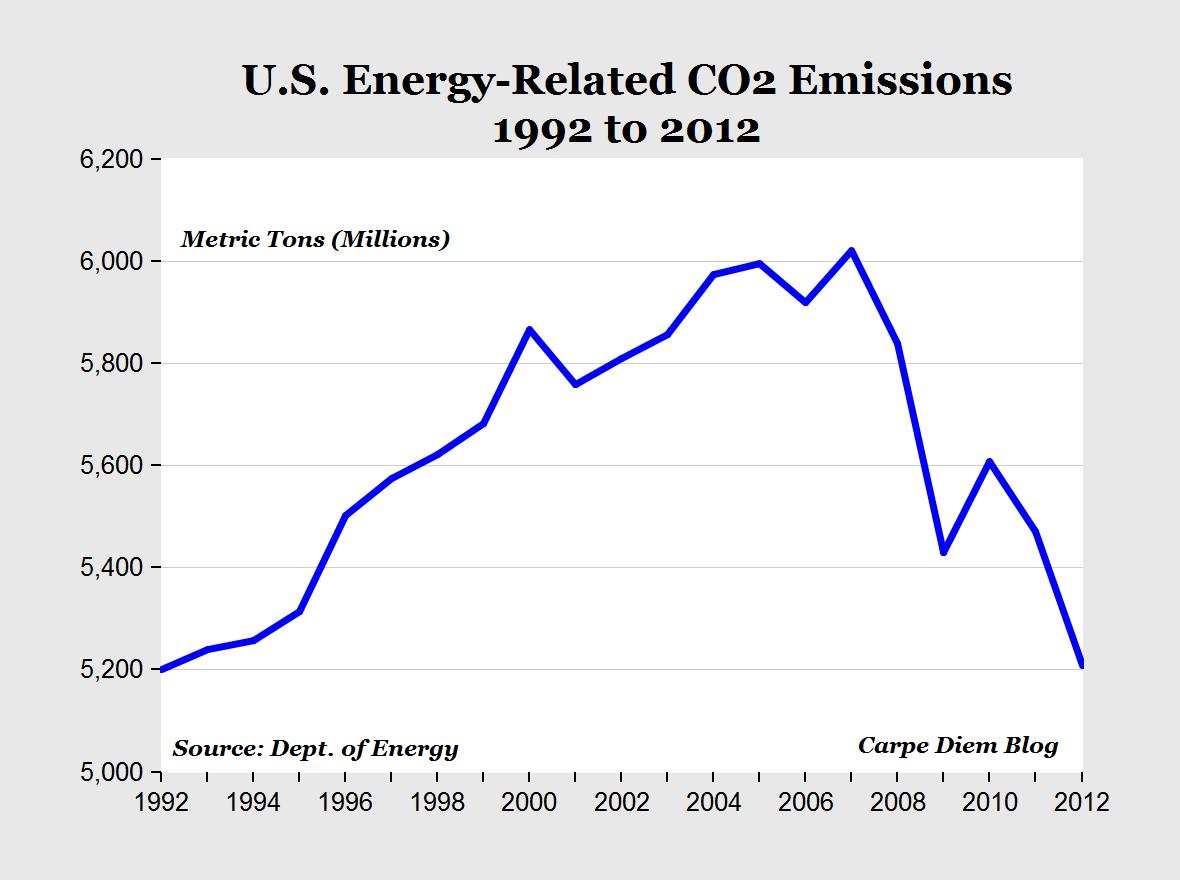 This doesn’t make it good policy (it’s not); It also won’t reduce overall carbon emissions (much of the coal will continue to be exported to China and Europe); It will definitely result in some economic harms. According to the US Chamber of Commerce, the regulation will reduce GDP by $50 billion a year and prevent the creation of more than 220,000 jobs per year. The hit to household disposable income would be more than $550 billion a year. This would obviously be far worse if, for some reason, the natural gas boom slows or is halted.

The good news is that the full costs of this proposal won’t be felt by 2030. Anytime between now and then our political leaders and Congress could wake up and let the free market — which has already achieved a great deal of what Obama’s regulation imposes (the regulation is based on higher 2005 emissions, not 2012 emissions).

So, if Obama’s goals are achieved, it won’t be windmills, solar panels, or unicorn farts that lead us to the promised land. It’ll be good old fracking, the bane of the whacko “environmentalists” that gets us there. Oh, and for a clear illustration of how Obama has benefited politically from the oil and gas boom, the chart below should suffice.