The following appeared in the New Mexican on August 20, 2022.

One of the most important yet underreported issues in New Mexico is our state’s poor workforce participation rate.

Currently, New Mexico has plenty of jobs, yet too many New Mexicans remain outside the workforce. Workforce participation in New Mexico first dipped during the global recession of 2008-09, but it took another big dip during the coronavirus pandemic and unlike most of our neighboring states, it has not recovered.

According to one report, “The Department [of Workforce Solutions] has experienced an increase in the number of unemployed who are receiving benefits without following through on their job searching requirements.” The department was flooded with new accounts and hasn’t been able to properly enforce these requirements.

In addition to the overwhelming number of recipients, the additional funds meant to alleviate damage caused by the pandemic have created a reverse incentive for reluctant workers.

While many policymakers are focused on the fallout from the pandemic, our research shows this problem is decades in the making. Since 1999, the workforce participation rate has steadily been decreasing by an average of 0.37 percent per year. The decline for men has been more profound, declining at 0.44 percent per year.

There is no single policy solution for our abysmal workforce participation rate. Reforms to state and federal welfare programs that currently incentivize single-parenthood and idleness would help. Workforce Solutions must, at minimum, properly enforce job-search requirements. Setting a time horizon on entitlements New Mexicans are receiving by phasing out benefits over the course of one to two years (unless there is a specific inability to work) is another worthwhile policy. Reducing dependence on entitlement programs should be a top priority for policymakers.

Also, the Legislature, working through the department, should consider a campaign that seeks to encourage young men to get to work and encourages parents, primarily fathers, to be present in their children’s lives.

Many of New Mexico’s biggest problems — drug use, violence, family breakdown and poor educational performance — are directly related to a growing cultural acceptance of idleness and a nonparticipation in society. Encouraging New Mexicans, especially young men, to get into the workforce is a necessary and significant step toward improving our state in a broad array of metrics. It is time to use innovative approaches to get New Mexicans back to work.

Brendyn Toersbijns is a policy analyst with New Mexico’s Rio Grande Foundation. The Rio Grande Foundation is an independent, nonpartisan, tax-exempt research and educational organization dedicated to promoting prosperity for New Mexico based on principles of limited government, economic freedom and individual responsibility. 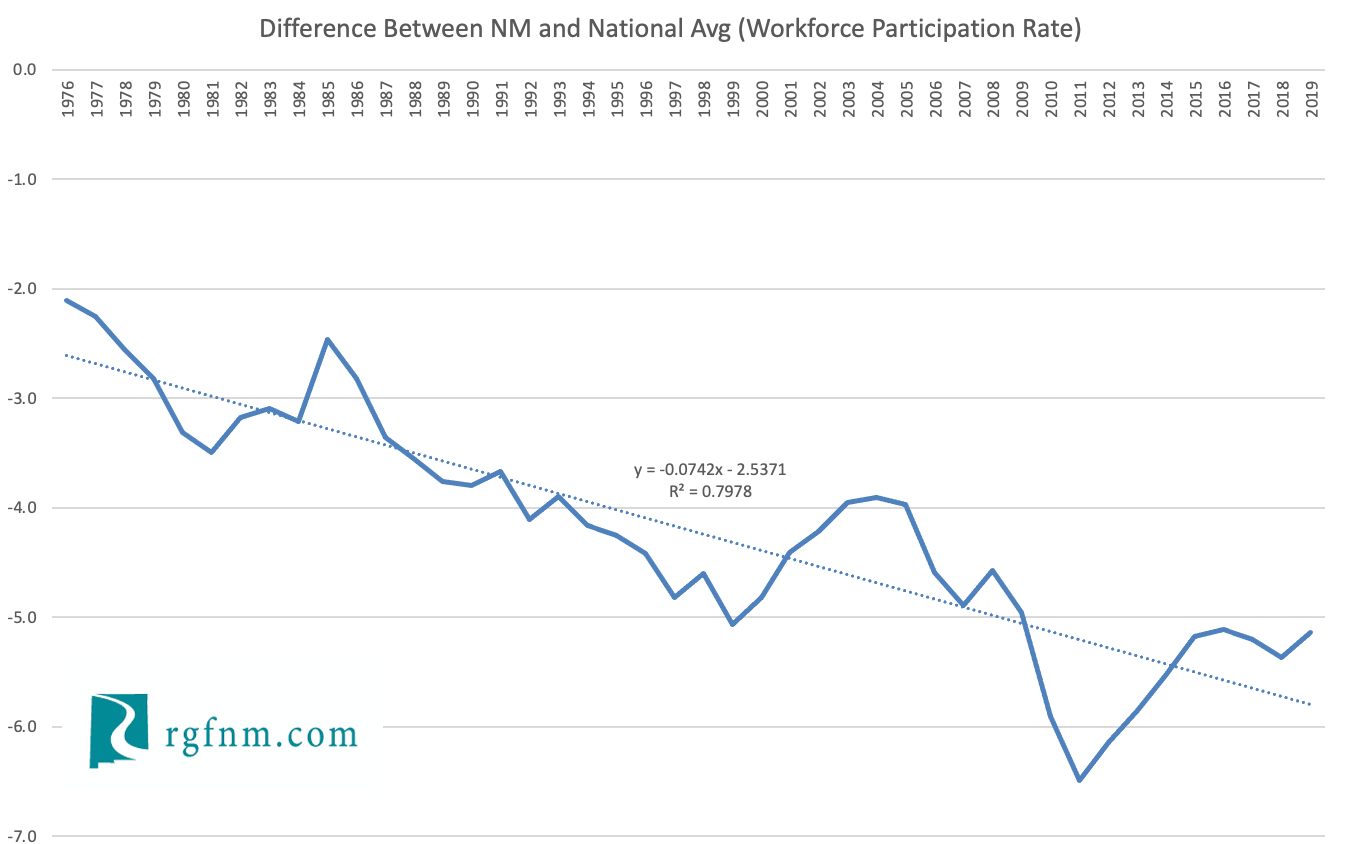 2 Replies to “Op-ed: State must encourage people to work”