Recently, several media outlets including Bloomberg News noted that the Western United States including New Mexico could face blackouts as soon as THIS summer:

On top of that, we have this recent story from the Albuquerque Journal which explains the fact that “New replacement generation is needed because one of the four solar farms with back-up battery storage that is planned to replace San Juan next year is behind schedule and won’t be operational in time (for next summer when the plant will be abandoned)”

PNM recently offered RFP’s for 700 MW of “renewable” power, 200 of which will need to come online by next year (June of 2022). As the Bloomberg article points out, “States shuttering coal and gas-fired power plants simply aren’t replacing them fast enough to keep pace with the vagaries of an unstable climate, and the region’s existing power infrastructure is woefully vulnerable”

Also in the Bloomberg piece is this chart which is for THIS summer based on risk if surplus electricity is available on the Western grid or if electricity needs must be provided internally. Reminder, this chart is for THIS summer, the last one in which New Mexico will have San Juan Generating Station available. Advice: consider buying a generator. 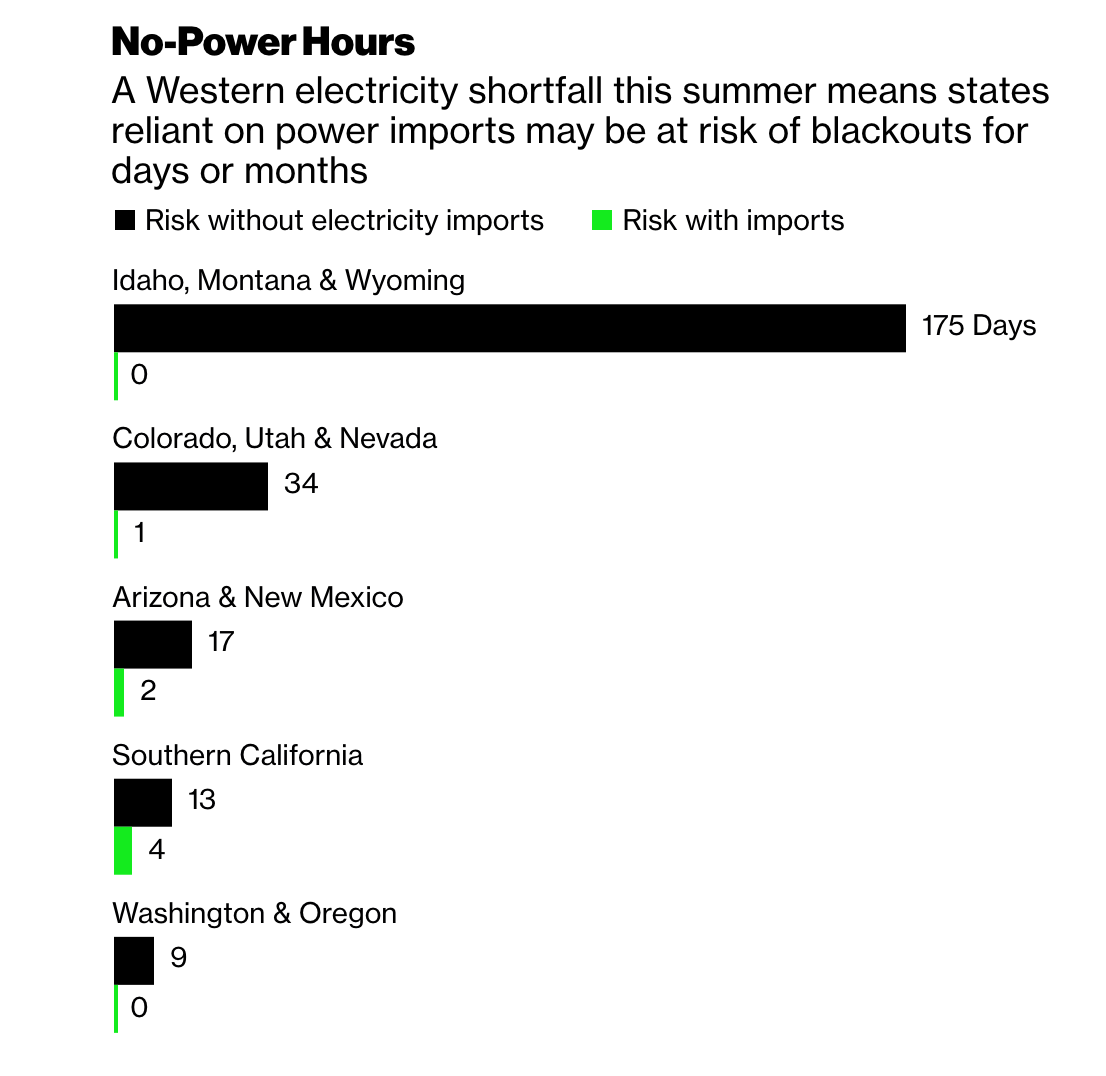