You may have heard the news by now that over the weekend Virgin Galactic aborted a launch at Spaceport America. The issue had to do with a failure to complete “The ignition sequence for the rocket motor.” Thankfully no deaths or injuries were involved, but it is likely that this will further delay any commercial space flights from Southern New Mexico.

As Doug Messier of commercial space flight website Parabolic Arc noted in a 2019 Tipping Point NM podcast (the engine/technology discussion starts at about the 36 minute mark below). The issue with the engines involves the motors which burn a combination of nitrous oxide and rubber.

You can also check Doug’s website Parabolic Arc for coverage of the attempted Virgin Galactic flight here. By the way, at the end of the podcast Doug says he would NOT fly with Virgin Galactic even if given a FREE ticket. 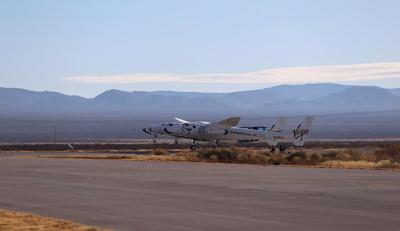