Great article from today’s Albuquerque Journal which discusses how New Mexico is too reliant on federal government jobs. It is well worth a read.

There are a few points, however, that I think were missed or that need to be corrected in the article.

For starters, while it is definitely the case that New Mexico is uniquely-reliant as a state on Washington (and that needs to change), seven of the wealthiest 10 counties in America are wealthy because of their close proximity to government. Six of the 10 are in the DC suburbs with Los Alamos also found in the top-10. Wealth due to proximity of government is a serious problem in America and an indicator that Washington plays too big a role in our nation’s economy. 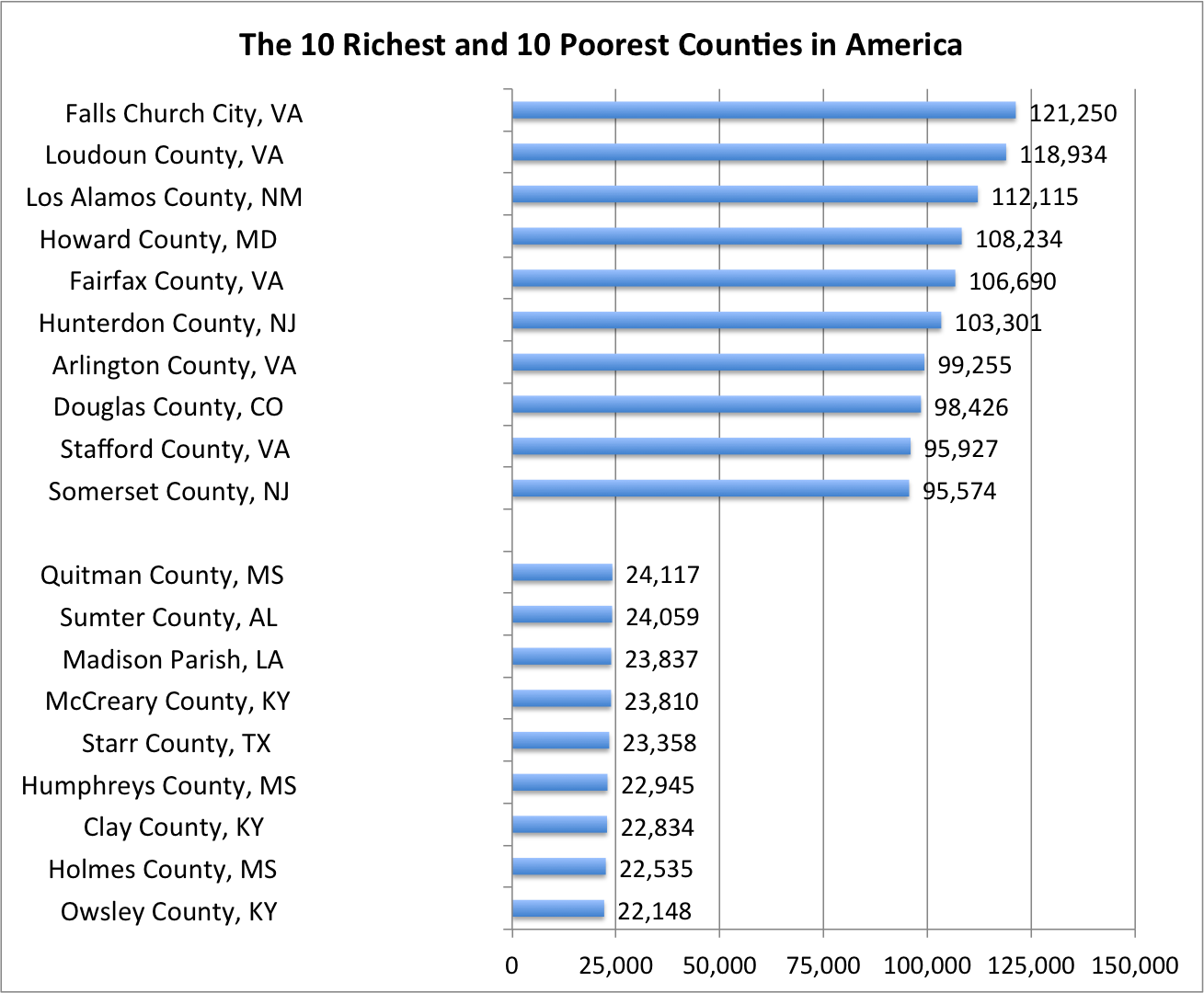 While “activists and economists” in the article blame New Mexico’s poor performance on poverty and low education levels, it would seem that the real culprit is our State’s poor economic policies. After all, the residents of all states were poor and ignorant at some point. It is the natural state of man. But those states worked hard, built businesses, grew prosperous, and invested in the future (in part by creating a functioning education system). New Mexicans just did less of those things and I don’t think it’s because we’re naturally less hard-working or less intelligent. It has to do with public policy.

And lastly, in what amounted to almost a “throwaway” line at the end of the article, “having a huge police force” is cited as a reason Los Alamos is a safe place to live. I disagree. Los Alamos is safe because the people living there intuitively respect the rule of law and understand how that respect benefits everyone in a given society. They have a large police force in Los Alamos because they can afford it.

2 Replies to “Public Workers at top of NM Economic Heap”