With inflation continuing to hit record highs The New Mexico Legislature will soon head into a special session that COULD result in refunds of between $250 and $400 for all taxpayers OR some other approach to assisting New Mexicans hard-pressed by rising prices.

We applaud such efforts and encourage the Legislature to provide refunds/relief to ALL taxpayers rather than focusing those rebates based on income. The problem with rebates is that families and businesses can’t really plan on them and they are explicitly a “one-time” policy. None of this is to say that rebates shouldn’t happen, but with New Mexico oil production growing rapidly and prices at sustained, high levels (and New Mexico’s bloated budget), policymakers SHOULD be considering more profound tax policy changes.

For reasons previously stated, the most obvious thing to do is to reform the State’s gross receipts tax. But, it is ALSO time to consider long-term, gradually-implemented reductions to New Mexico’s personal income tax.

The personal income tax is expected to generate just over $2 billion in FY 2023. You can see how that stacks up relative to other General Fund revenue sources below. 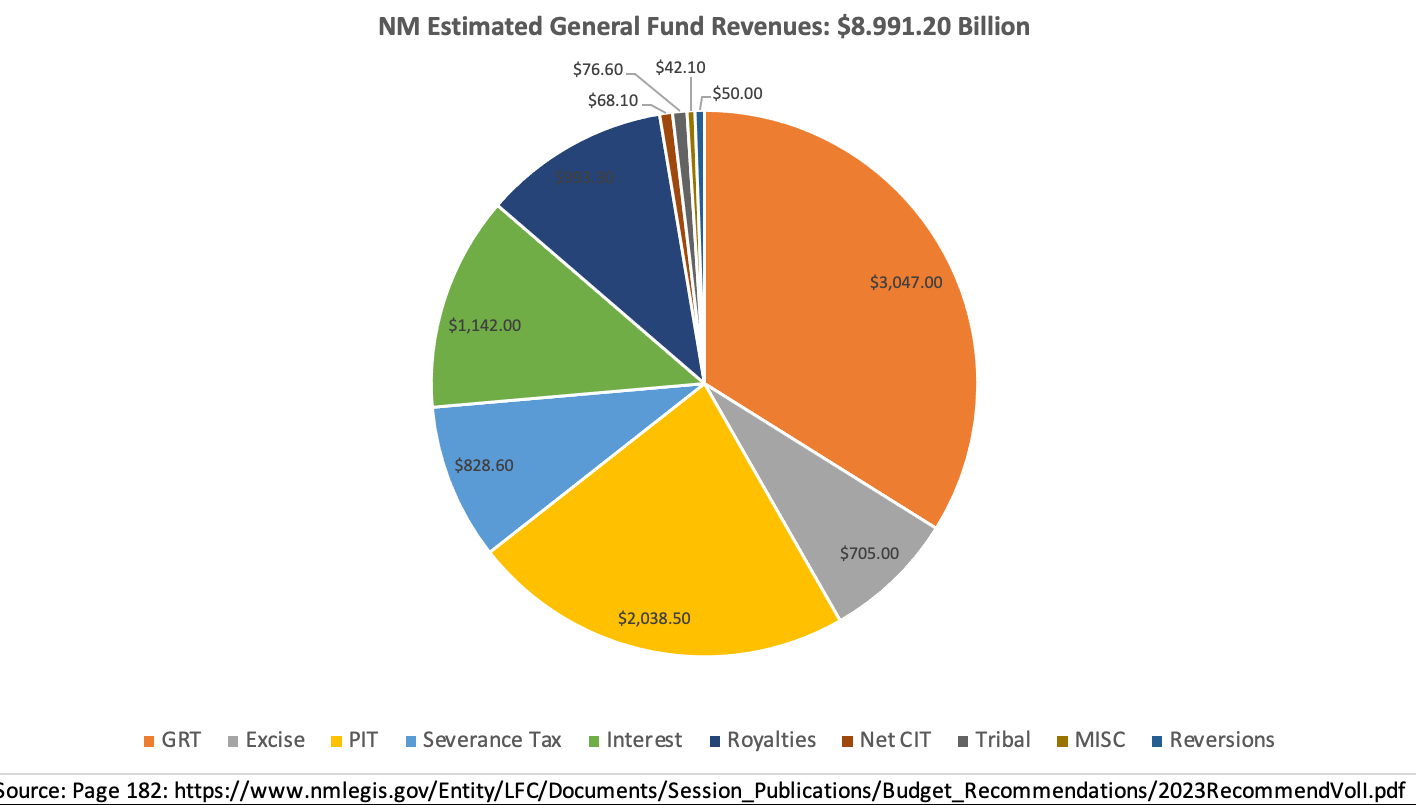 $2 billion is a lot of money even within the context of a nearly $9 billion general fund budget. But, New Mexico government is bloated by almost any standard as seen below (you can find the raw data here). A combination of high ongoing oil and gas prices, prospective gross receipts tax reform (which would further boost economic growth), and a need to diversify New Mexico’s economy should lead to careful consideration of income tax cuts. Broader spending restraint and reduction in spending on programs like film subsidies could further free up revenues.

3 Replies to “Rebates are nice; actual tax reform would be much better”