How is New Mexico’s economy doing? We at the Rio Grande Foundation use and report on this information often because these reports provide a good deal of information on how New Mexico is faring relative to other states. Since the Legislature makes the laws, it is their responsibility to enact policies that create the conditions

You may have seen media reports of a recent report by WalletHub (which was picked up by several media outlets) stating that New Mexico has the 5th-worst economy in the nation. This is in-line with many other reports which place New Mexico’s economic performance towards the bottom among US states (as seen on the map below), so it does have credibility.

But in looking through the report, I realized that it used some questionable variables to come to its conclusions. For example, median household income sounds like a great statistic, but high income areas are often very high cost areas. In fact, people in “poorer” states often have more disposable income after taxes and basic expenses than those in “rich” states.

The study also focuses on high tech jobs with several of its variables. There’s no doubt that tech is “cool” with a lot of well-paid workers, but it is hard to understand why three separate variables (% jobs in tech, patents, and venture capital, much of which is tech-related, albeit by no means all) should, be factored into a report measuring the overall economic health of a state. After all, there are other important industries with lots of good-paying jobs. Does it matter if those jobs are in the high-tech field or not?

While the overall rankings are questionable, California’s 3rd-place ranking alone is reason enough to question the report. This is the same State, after all, that is seeing high levels of domestic out-migration as seen below and the highest rate of real poverty among US states. Placing California 3rd-best in overall economic health just doesn’t make sense.

Contrary to Winthrop Quigley’s obvious frustration over New Mexico’s poor performance on these economic rankings, they can be extremely useful for policymakers and the public in understanding where changes and improvements must be made. Unfortunately, this Wallethub report leaves much to be desired in that regard. 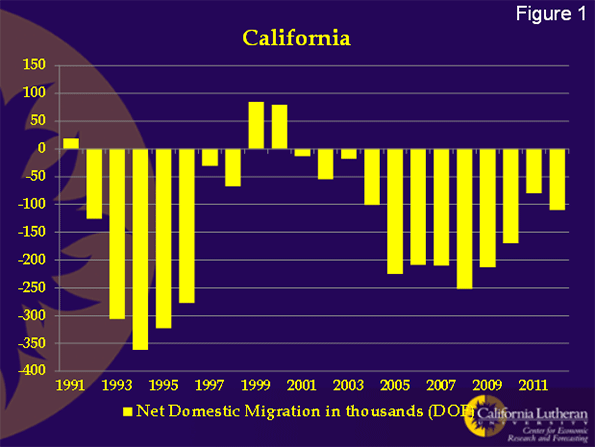