A new and highly detailed report from Preston Cooper at The Foundation for Research on Equal Opportunity takes a close look at ROI (return on investment) for higher education degrees in each of the 50 states.

The author defines ROI as the amount a student can expect to gain financially from each individual degree. ROI compares the main financial benefit of college — the increase in lifetime income attributable to the degree — to the costs, including tuition and foregone earnings.

It will come as no surprise to readers in this space that New Mexico is among the very worst states in terms of ROI. When adjusted for state spending on higher education (New Mexico spends a lot) New Mexico drops to dead last: 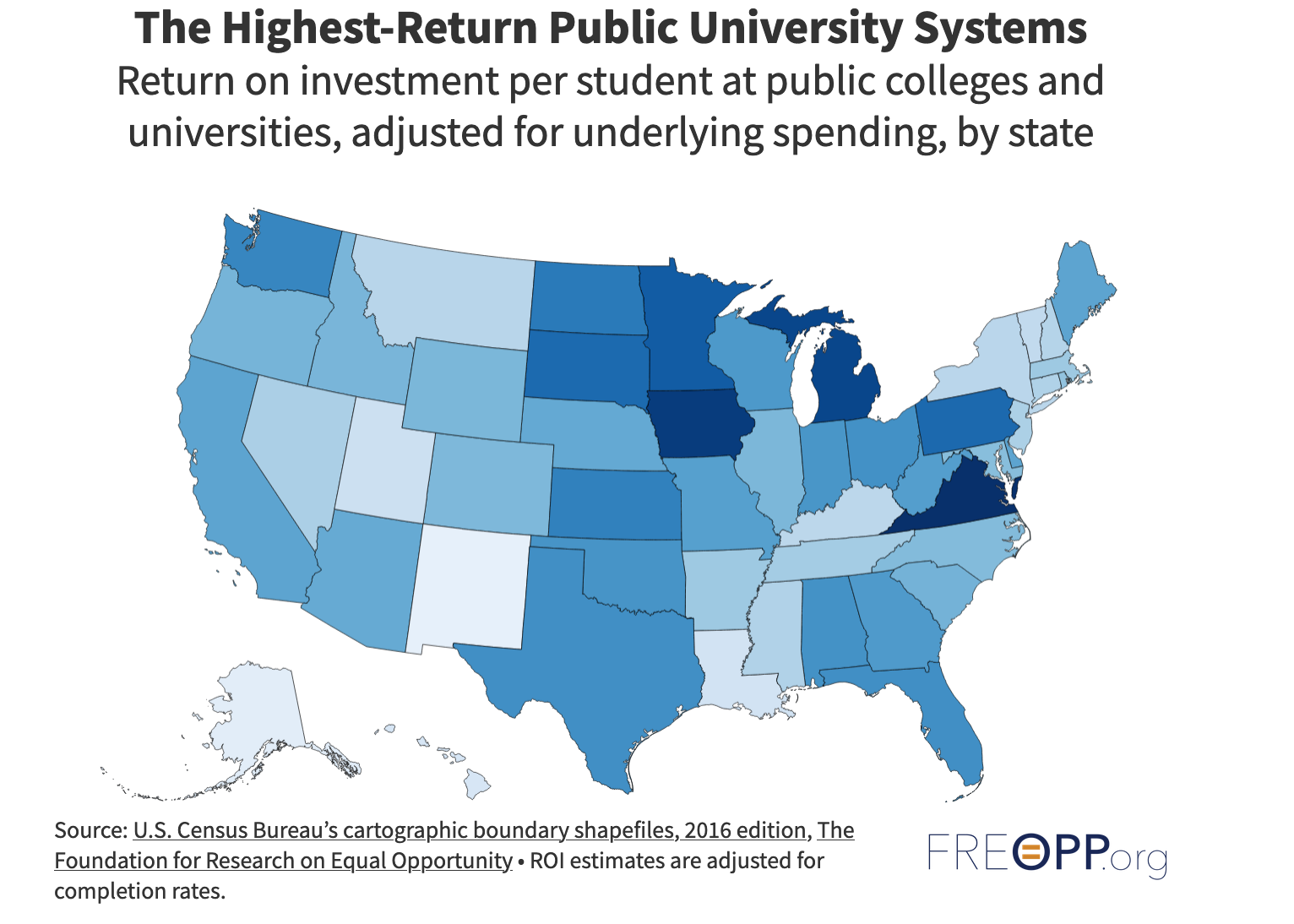 The author points to an emphasis (or lack thereof) on “high value” majors as one important variable (having a lot of low-value majors is also a factor in the negative).

Strength of the job market graduates are moving into is another.

Cost of a college degree including state spending (New Mexico spends a lot and that number is going to grow significantly in the years to come) as well as spending by students and their families  is another variable.

There is a lot in the full report. One bright spot is that the best ROI degrees in New Mexico are various nursing degrees at University of New Mexico.