In last November’s election the Rio Grande Foundation noticed that Mayor Tim Keller had put a message on the City’s website cabq.gov calling on voters to support the various bond measures and Democracy Dollars. The Rio Grande Foundation has had long standing concerns over government’s use of tax dollars to lobby the public for even more of our tax dollars. So, when we saw the complaint we filed an ethics complaint against Mayor Keller.

Recently, we WON! You can find the Agreement here. The text of the agreement is found in the image below. In it Keller admits he was wrong and that he will not use the website to campaign in the future. While this victory against Mayor Keller won’t completely solve the issue which is a problem at all levels of government, it is an important step towards limiting City of Albuquerque government’s use of your tax dollars to plead for even more of your money. We remain vigilant on this important issue. 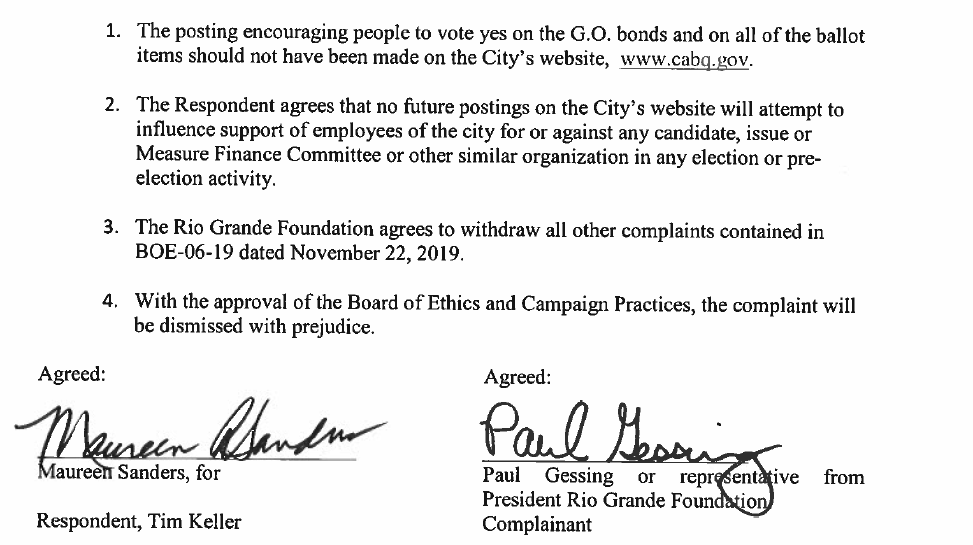 The actual posting by Keller that was made on the City’s website prior to the November election can be found below: 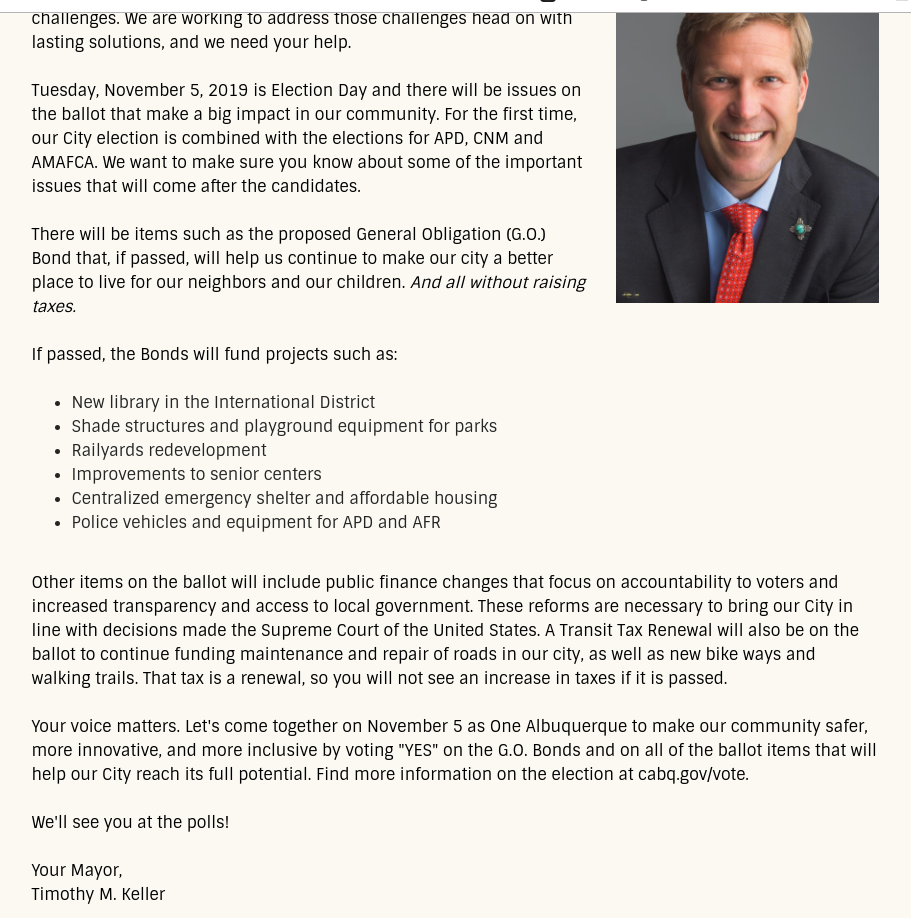