The quote above, often attributed to Mark Twain may now be applied to coal. Reports of its demise are vastly overstated.

See the chart below which is provided by the website Trading Economics. Over the past YEAR alone, the price of coal has risen an astonishing 318.85%.

This is due to the widespread energy crunch happening mostly in Europe but also in Asia. It means that when push comes to shove people all over the globe would rather embrace an “outmoded,” “dirty,” fuel than go without power thanks to unreliable and inadequate “renewables.” It also means that CO2 emissions will rise and purported agreements to reduce them aren’t worth the paper they are printed on.

Shockingly, at least some in Europe, believe that the way out of this crisis is to go further down the “renewable” path. The UK has just confirmed a contract for 16 modular nuclear reactors nationwide so at least SOMEONE in Europe is thinking clearly. 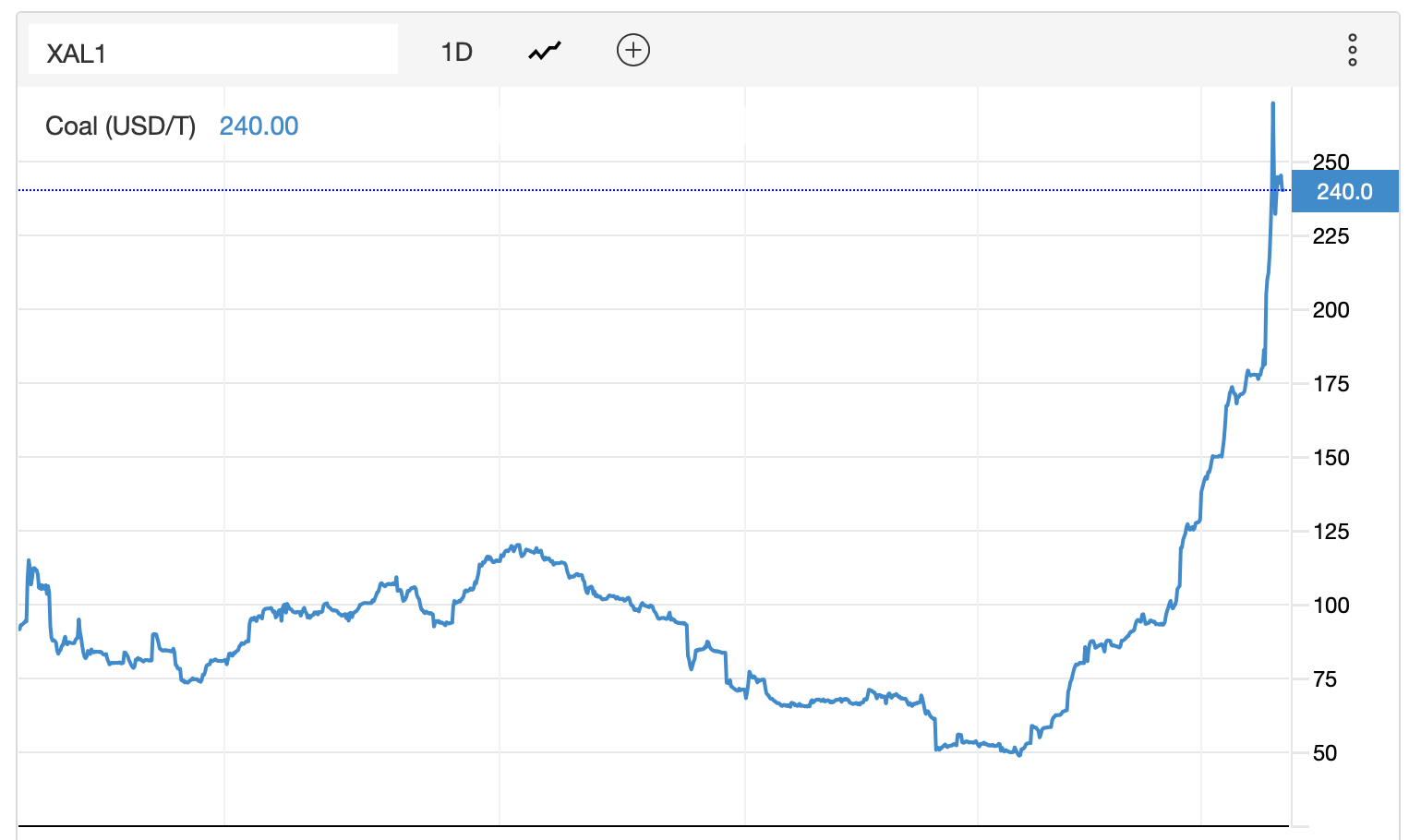