It’s no secret that New Mexico’s Sen. Tom Udall is among the most favored elected officials of professional environmental groups.  It was, however,  somewhat surprising (and gratifying) to see him in a recent presentation in Albuquerque not support a national ban on “fracking” saying it “should remain on the state level.” In the same presentation he stated that New York’s “fracking” ban “is not based on reality.”

This is good news and it flies in the face of opposition to “fracking” by Bernie Sanders and Clinton’s nuanced position on the issue. There is also a long list of national and New Mexico environmental organizations that would like to ban fracking. Of course, New Mexico is a major oil and gas producing state and banning fracking would destroy our economy and Udall has to know that, but it is good to see him embrace reality on the issue by recognizing that it should be a state, not federal, issue.

Udall also noted the obvious fact that “New Mexico doesn’t have a strong enough private sector.” This is news to no one, but Udall’s sad “solution” isn’t “right to work” which he opposes, it is more “tech transfer” from the Labs and more infrastructure spending. He also supports increasing the job-killing minimum wage. As I stated in response to Rep. Lujan-Grisham’s similar point, tech transfer from the Labs has been tried before. Obama’s “stimulus” was also supposed to improve infrastructure with little success. 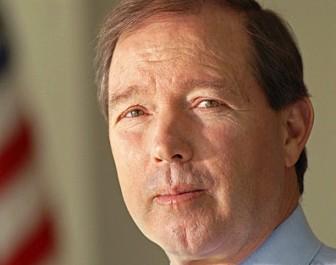 3 Replies to “Sen. Udall has surprisingly reasonable take on fracking but other economic proposals would be ineffective or harmful for NM economy”