Mayor Berry’s proposed bus rapid transit system (ART) down Central saw a massive price hike recently when a study done for the Albuquerque-Bernalillo Water Authority indicated that moving sewer lines and other infrastructure would cost as much $30 million. That’s a 30% increase in the overall cost of ART or a 150% hike in the share paid by New Mexico and Albuquerque residents (as opposed to Washington).

Last night, I testified on this issue in front of the Water Authority Board, made up of: County Commissioners Hart-Stebbins, O’Malley, and De La Cruz, City Councilor: Jones and Sanchez, and Mayor Berry (a role filled last night by COO Mike Riordan). Garduno’s seat must be in a transition as he wasn’t there. I noted that already rate-payers are seeing 5% rate hikes every other year and that Gov. Martinez would be a fool to saddle state taxpayers with $30 million in costs for a local “prestige” project like ART. In other words, rate-payers, not all of whom live in Albuquerque, will be stuck with further unnecessary rate hikes for this transit boondoggle.

Sadly, despite the fact that several members of the Water Board expressed a clear understanding of the potential negative impact on the entity’s finances and rate-payers (only Riordan called tearing up Central for the ART “an opportunity”), not a single member of the Board presented a motion to remove the $30 million request. Clearly, they’d rather stick their heads in the sand than make a tough decision on behalf of their “customers.” 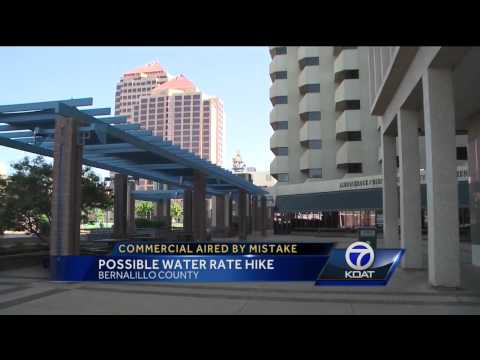 I’m not sure who I’m more disappointed by: Trudy Jones for simply falling in line with Mayor Berry based on party affiliation or the Democrats who were unwilling to stand up for fiscal responsibility even when it provided them a perfect opportunity to stand on behalf of rate-payers (many of whom are poor or on fixed incomes) against a profligate mayor of the opposite party.

Notably, Dowd Muska, Research Director at the Rio Grande Foundation pointed out in a policy paper released a few months ago that utility re-routing could be an added expense related to the bus rapid transit system. Of course water is by no means the only utility that uses the Central “right of way.” We don’t know how much PNM and New Mexico Gas Company will need from their customers in order to accommodate ART.

4 Replies to “Shame on the Albuquerque Water Authority for not standing up for their customers!”