A number of bi-partisan bills have been introduced in the New Mexico Legislature to reduce or eliminate taxes on Social Security. As the folks at Think New Mexico note, New Mexico is one of 13 states that tax benefits provided under the program. And, while reform to New Mexico’s gross receipts tax remains the Rio Grande Foundation’s top economic policy priority, we strongly believe that taxpayers should participate in the current budgetary largess.

As this Albuquerque Journal article notes, the initiative is “gaining momentum,” but unlikely to happen this year according to Speaker Egolf because all of the surplus money has been “spoken for” by the various agencies.

I t has always been the view of the Rio Grande Foundation that when it comes to receiving the benefit of good economic and budgetary times that taxpayers tend to come last. This is just the first public and clear acknowledgement of that from the folks in charge.

The General Fund is set to grow from $6.3 billion to $7.8 billion since Susana Martinez left office. And what are taxpayers getting? They got a tax hike last year and not even crumbs this year. If they lived in Colorado where they have strict spending and taxation limits in place, taxpayers would come first, not last. 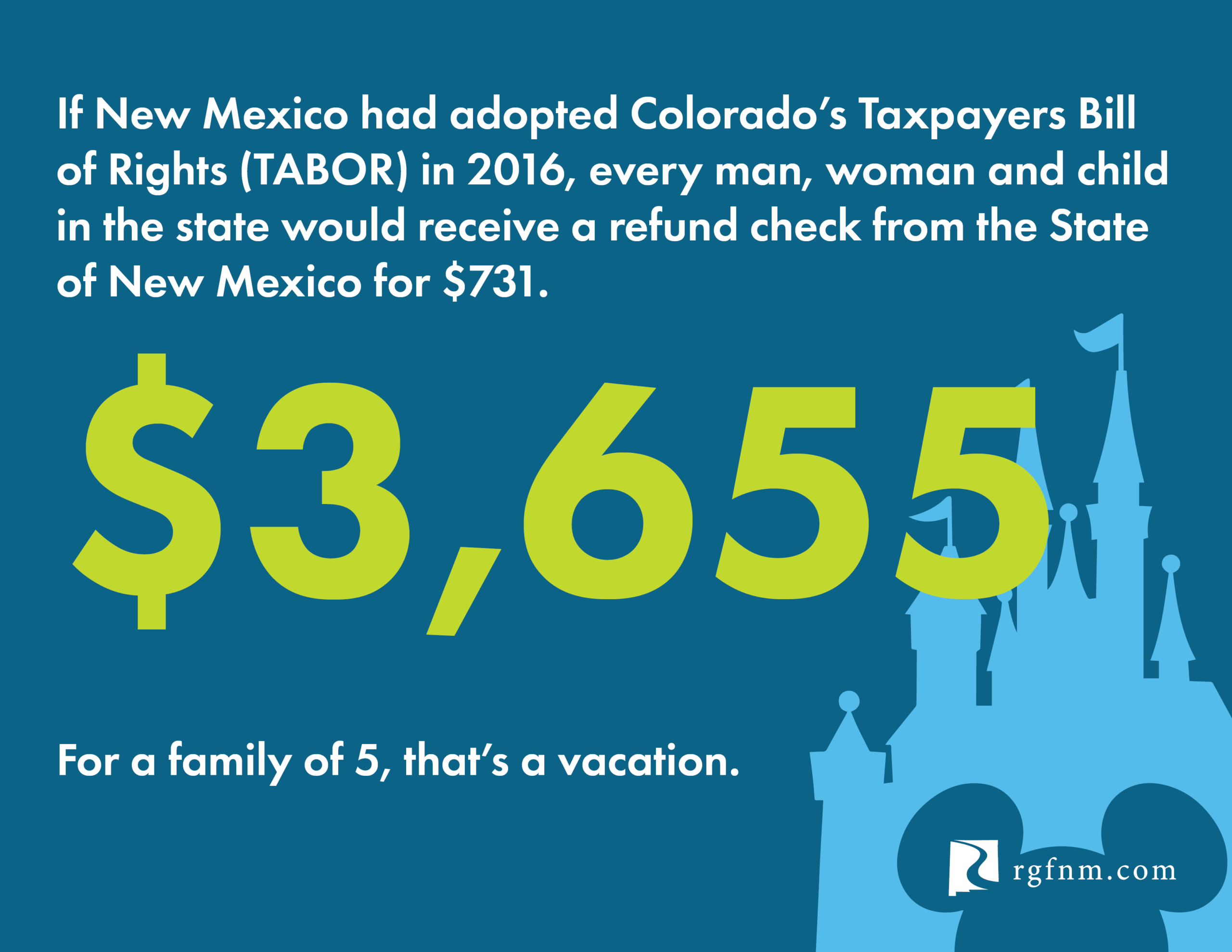 One Reply to “Tax relief…maybe next year”