When it comes to economic development New Mexico politicians have for years avoided making the prudent and effective moves of reducing taxes and making them sensible and transparent. Instead, the Legislature and others have usually tried big-spending schemes, often involving generous subsidies, to benefit specific groups or businesses.

Taxpayer support for Spaceport has long been a concern of the Rio Grande Foundation. The fact that by any legitimate accounting the $250 million taxpayers have spent on the Spaceport has not led to a successful commercial space venture is just the latest of many failed subsidization policies.

Alas, while the lead tenant at Spaceport America remains non-committal on commercial space tourism launches, the company recently announced that it will be manufacturing its spacecraft…in neighboring (business friendly) Arizona. Alas, despite being the site of launches planned sometime in the future at our taxpayer-financed facility, New Mexico won’t benefit from the manufacture of the craft being launched. Here’s the Virgin Galactic press release. 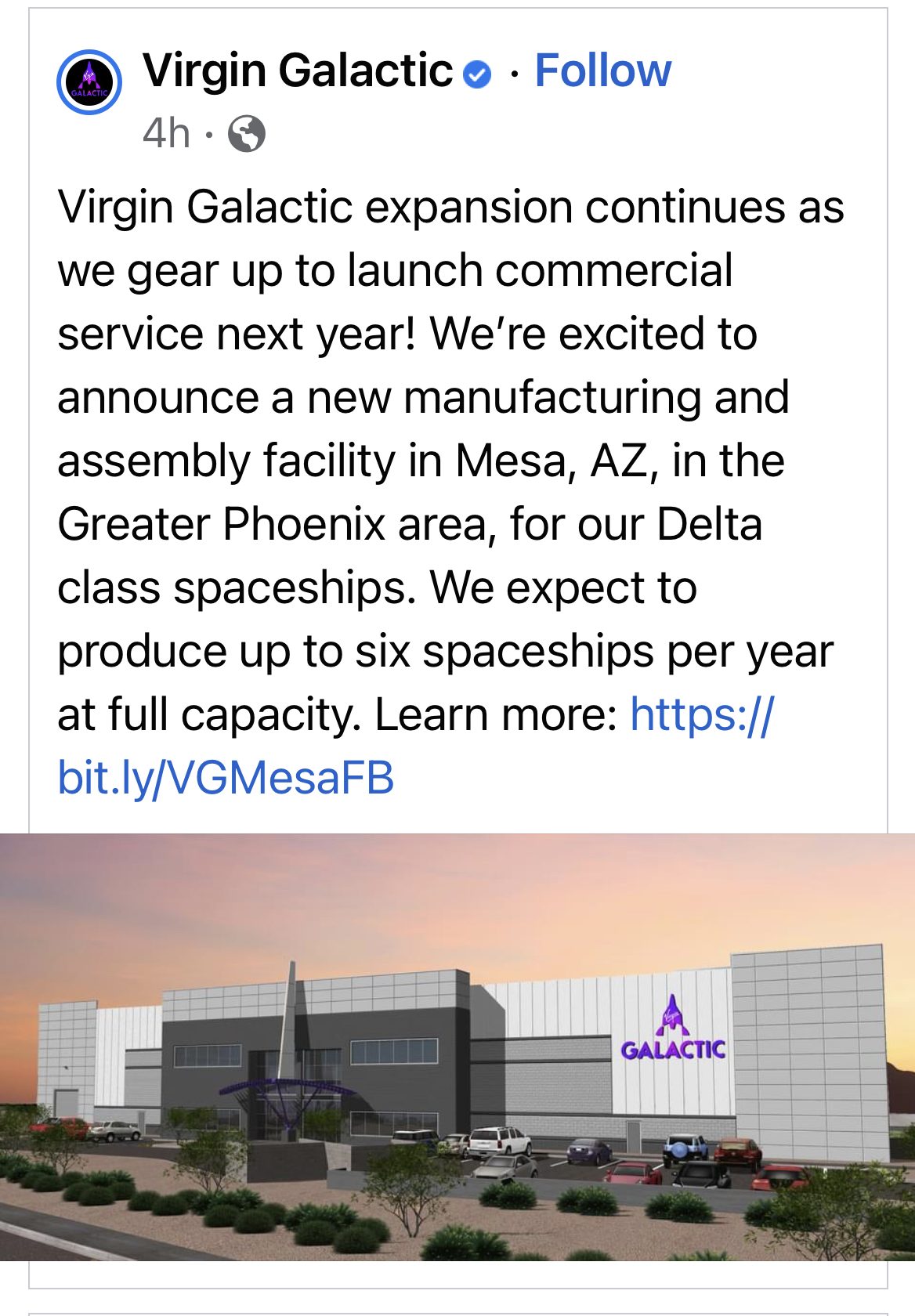