According to news reports President Biden is seriously contemplating “forgiving” significant amounts of student loan debt. Currently that sees to be $10,000 per student, but we have no idea if and when this will be done. Already, the payment pause (put in place by President Trump early on in COVID) and retained by Biden despite the pandemic being largely considered over, has canceled approximately $5,500 per borrower.

This is highly regressive public policy that will disproportionately assist those who are or will be the very highest earners. Not surprisingly, the very biggest beneficiaries of student loan forgiveness are doctors and lawyers who often go into heavy debt, but have very high incomes. Perhaps more surprising to those who don’t follow politics closely, so called “progressives” are leading the charge for greater debt forgiveness. But, the modern left supports bigger government reflexively without serious consideration of who benefits from their preferred policies (see New Mexico film subsidies). 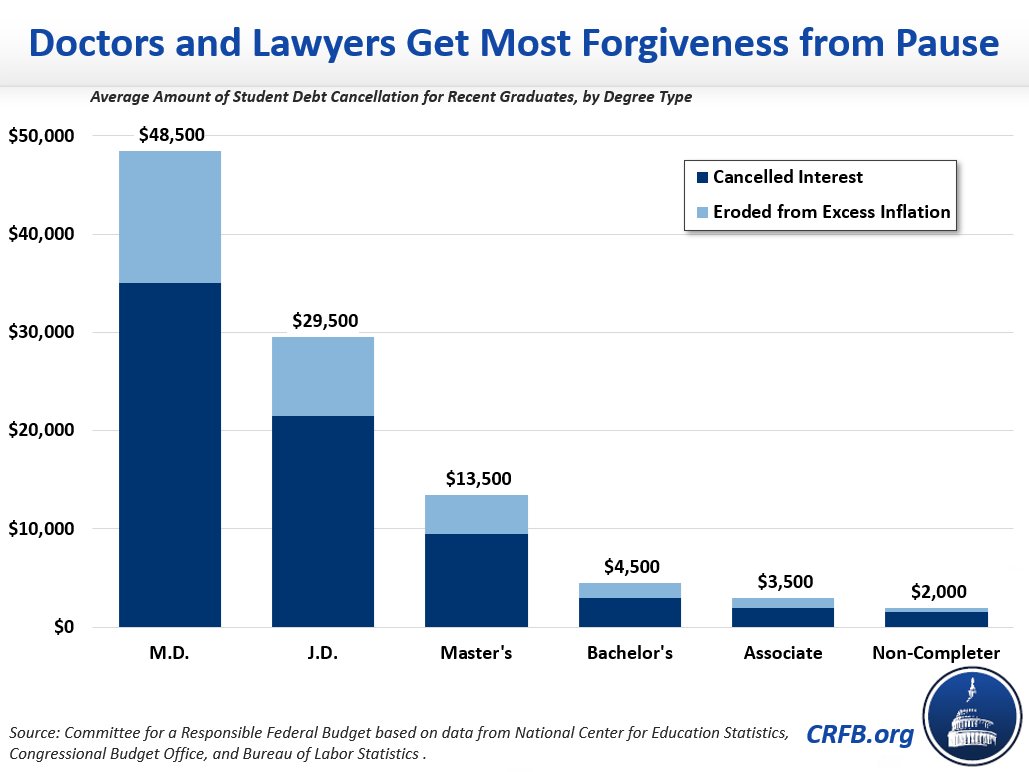