New Mexico is widely-recognized in study after study as among the very most federally-dependent states in the nation. A recent Wallethub report puts us at 6th, but an interesting report from Smart Asset ranks New Mexico at the VERY top in terms of overall federal dependence.

To many the federal jobs and money flowing into New Mexico are an unmitigated positive, but it certainly hasn’t led to the broad-based wealth and prosperity one might expect or hope for. And, every federal dollar spent no matter how important is either taxed away from the private sector or added to the massive, fast-growing federal debt. 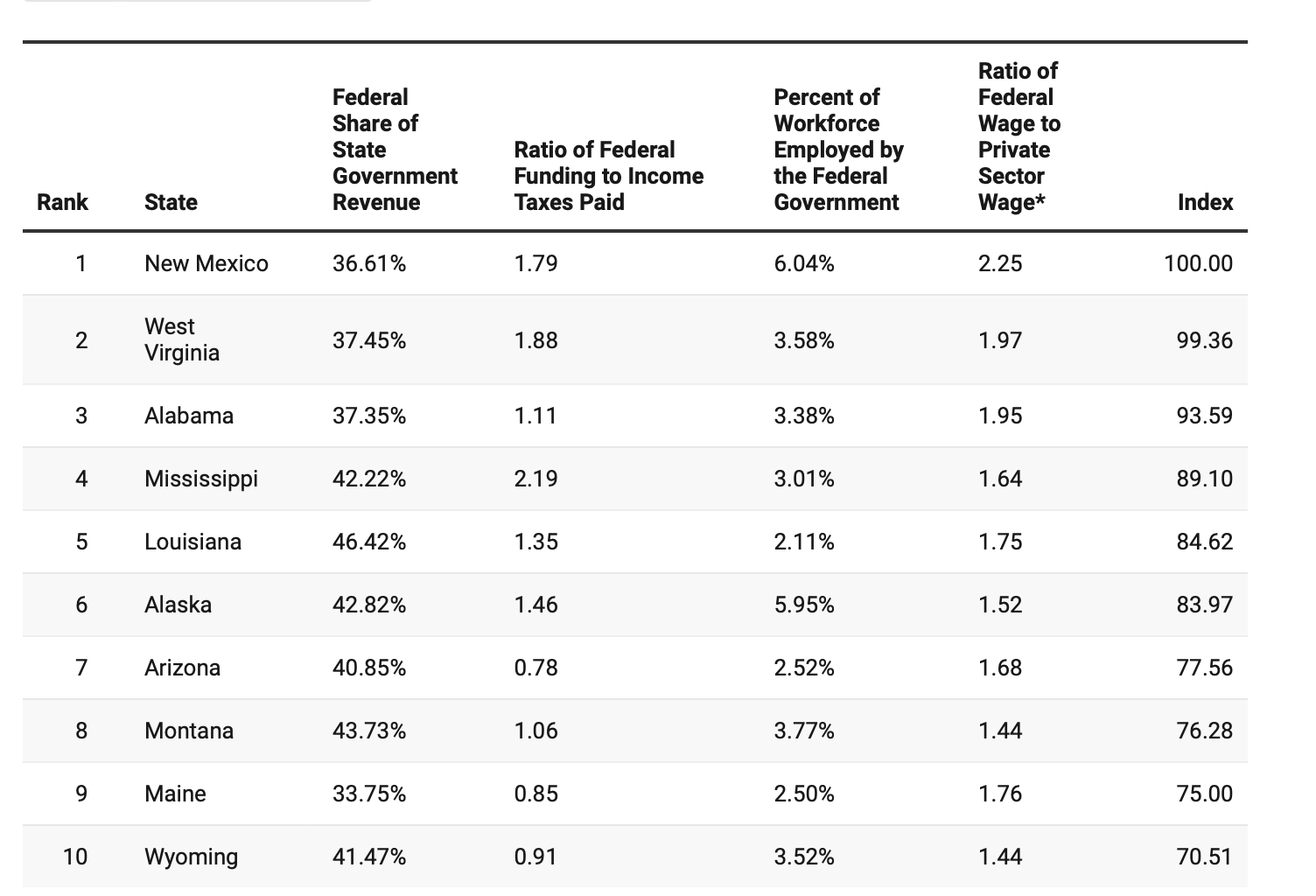