Surprising absolutely no one (who, like us follows these things), the latest report from Wallethub (released today), finds New Mexico to be the VERY MOST dependent on the federal government. See the interactive map below and the two images below that which show that New Mexico is heavily-dependent both on federal grants AND contracts.

Given the spending binge going on in Washington and the incredible amounts of debt being taken on ($50 billion and rising fast at last count), reliance on the federal government is a precarious place to be, but that is how New Mexico “rolls.” 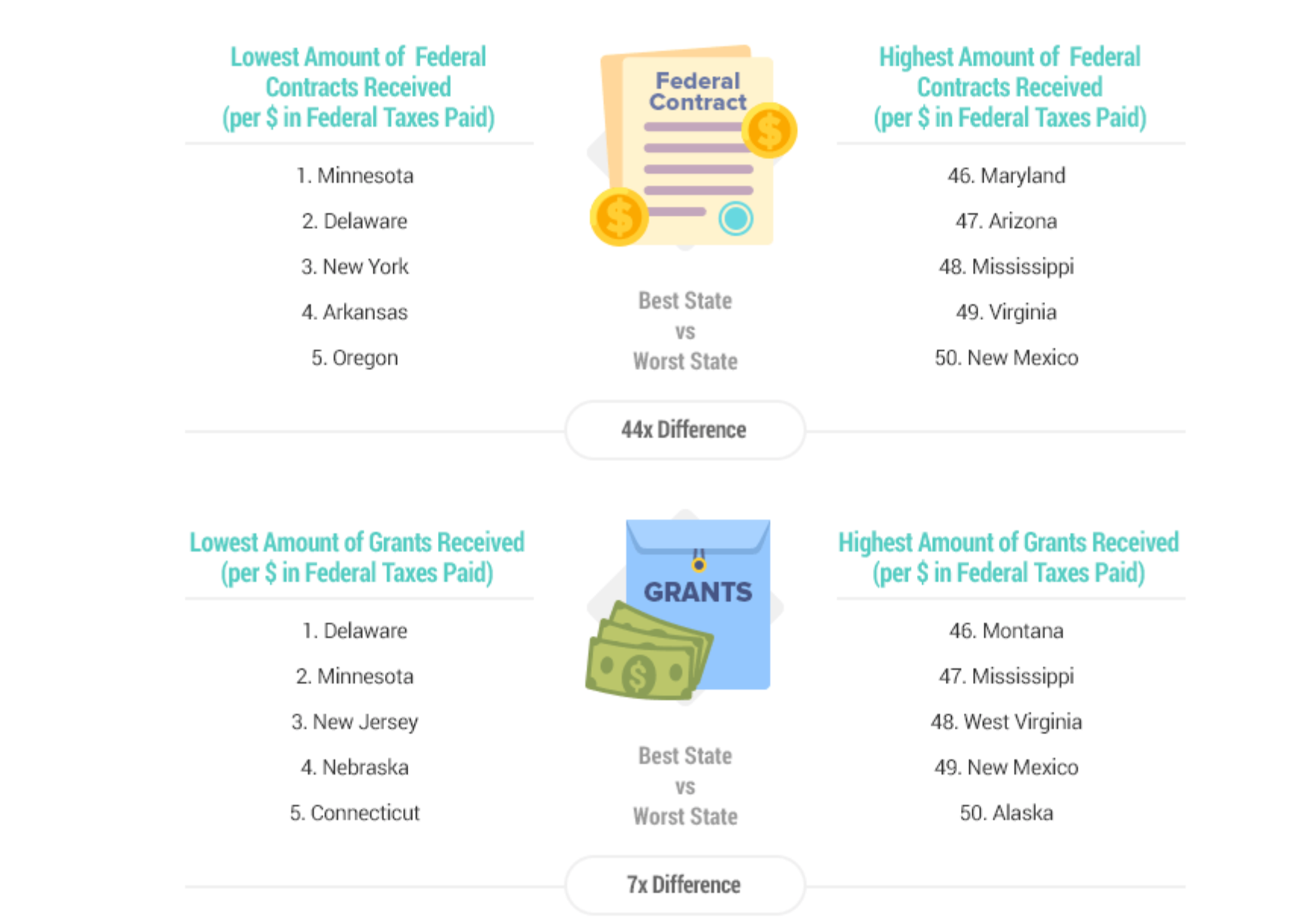 RGF had the opportunity to pose some questions about the report to Wallethub analyst, Jill Gonzalez. here are those questions and answers. The final statement in bold is particularly interesting:

Just wondering about what really is driving this? Is it the national labs, federal lands, or poverty? Or all of the above?
“It’s a combination of those factors. Typically, the most dependent states are those with lower GDPs, but also those with more government employees and military personnel. In New Mexico, the share of federal jobs is 4.04%, the sixth highest in the country. The state also has military bases and national labs.”
Also, what about the $1.9 trillion stimulus? Presumably every state will rise in dependency, but HOW?
“The coronavirus federal assistance received by states thus far has meant an increase in dependency. However, the second stimulus package passed in December didn’t include any direct assistance to states. The most recent $1.9 trillion economic relief package includes unemployment aid, tax credit expansions, vaccine distribution funds, direct payments and state and local government relief among others. This means that the states’ economies depend on federal funding to be able to reboot, and thus can only use this money for specific purposes.”

Also, what are the impacts of being so dependent on Washington?

“Right now, given that a lot of the coronavirus relief has come from the federal government, the states that are most dependent are those that may be better prepared to handle the pandemic. In general, however, a stronger dependency on the federal government can tend to undermine the democratic control of each state. It can also have a negative impact on policy making.”