The very essence of the work of the Rio Grande Foundation is to attempt to push the so-called “Overton Window” of political possibility in a more pro-freedom direction. Alas, that Window has always been tough to nudge in the pro-freedom direction here in New Mexico (which is why we have especially low levels of economic freedom).

But, many forces act upon that “window” and if you’d told us that large numbers of Americans would not only gladly accept, but demand their governments tell them to not travel, go to work, their kids to go to school, and any of them to leave their houses prior to 2020, we wouldn’t have believed it. So, the Window CAN change quickly in the right conditions 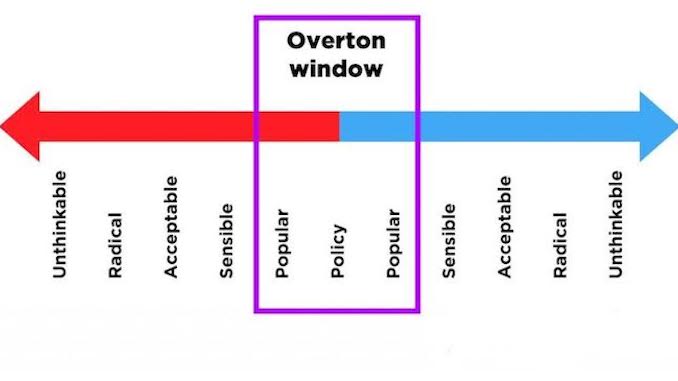 Any time the Legislature meets it is worth reporting on the issues that were really never seriously discussed. Unfortunately, in New Mexico’s left-wing Legislature, numerous widely-implemented economic reforms remain outside the “window.”

Right to Work; More than half of all states give private sector workers the right to NOT pay union dues or fees if they don’t want to. Thanks to the Janus vs. AFSCME SCOTUS decision all government employees have this right. The Biden Administration’s “PRO Act” is an attempt to overturn Right to Work laws nationwide.

Reduce or eliminate income tax; Nine US states lack a personal income tax. Americans are flocking to those states.

Reform GRT; This is a basic tax reform that is essential for making New Mexico more economically-attractive, especially for small businesses, but serious reforms were not considered in 2021;

Eliminate film subsidies; New Mexico spends hundreds of millions of taxpayer dollars every year to bring Hollywood filmmakers to the State to make movies and TV shows. No credible study finds this to be a net positive when it comes to the overall economy.

Consider new approaches to Rail Runner and Spaceport. There are not GOOD solutions given how much has been spent, but the Rail Runner in particular is incredibly expensive on an ongoing basis;

Ambitious school choice/efforts to empower parents to choose education that makes sense for their child (Kentucky and West Virginia have just done this);