The New Mexico Legislature is a mess. There are too many reasons to fully flesh out in a short blog post, but while governors come and go the Legislature has remained under one-party control for decades.

Even prior to the pandemic the system the ability for an average person to testify on a given bill was limited. Constant scheduling changes, lengthy hearings and floor sessions, and committee chairs that accept or reject public comment on a whim are among the most serious problems.

Now, during the pandemic, we have Zoom. Last session was exclusively online. This session is mostly Zoom depending on the Committee.  On the good side, Zoom DOES open the process up somewhat. With large numbers of people living a long distance from Santa Fe and unable to give up a day or two of work to attend committee meetings, Zoom is a godsend (and we hope it will continue to be used in the future even when the Legislature returns to totally in-person meetings.

But, as occurred in a few committees yesterday, the process remains deeply problematic and, dare we say “undemocratic.” For starters, RGF has been following HB 132 which places an arbitrary cap on loan interest rates. It was heard Wednesday evening in Senate Health and Public Affairs Committee with Jerry Ortiz y Pino chairing. RGF’s president was “in the Zoom room” throughout and “raised his Zoom hand” to present public comment only to be completely ignored by the Chair. This was a disappointing end to approximately 6 hours of waiting for other bills to be hear and other comments on HB 132.

Another bill of concern to many New Mexicans (and RGF) is SB 8 which dramatically-rewrites New Mexico’s election laws (opening them up to all kinds of issues). In Senate Judiciary Committee, Chair Joseph Cervantes, apparently in an effort to ram the bill through more quickly, simply dispensed altogether with public comment.

On top of all of that, the Legislature’s website has been extremely slow to be updated which makes finding information about bills as they move through the session especially hard.

The Legislature is New Mexico’s leading obstacle to economic growth. It is no surprise that its own processes are poorly managed and lacking in openness. Some combination of internal process reform AND competitive shift is needed. 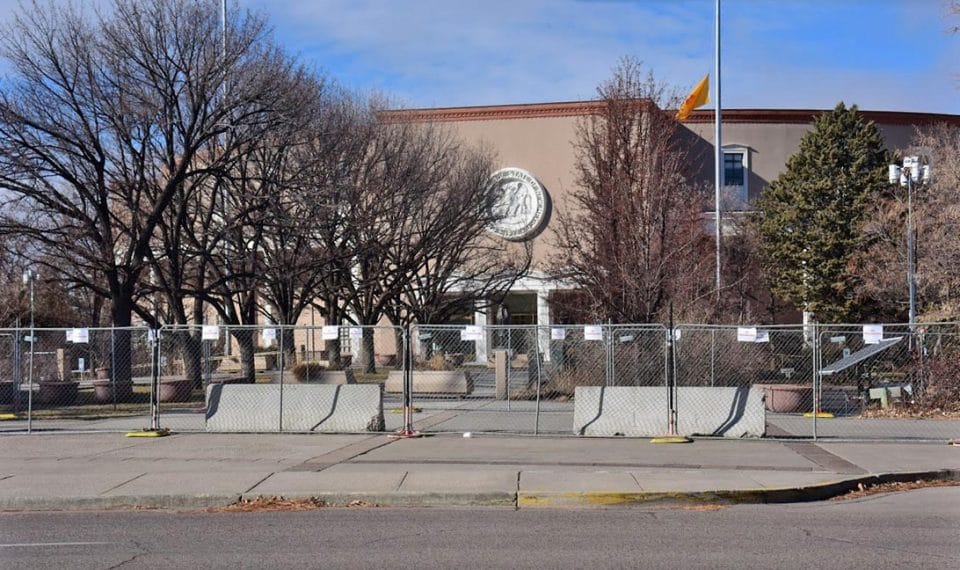 This picture of the Capitol in Santa Fe was taken when the public was totally locked out of the building during the “virtual” 2021 session.

One Reply to “The dysfunctional New Mexico Legislature”