Las Cruces state Senator Bill Soules paints himself as a radical supporter of the environment. In 2021 Soules introduced a proposal to eliminate ALL nuclear energy, coal- or gas-fired energy production within New Mexico. He also tried to force the State to purchase 75% electric vehicles.

But Soules seems to set aside his environmental stance as long as the issue involves New Mexico’s Spaceport. Set aside the use of fossil fuels for Richard Branson to GET to space which involves the use of large quantities of CO2 emitting rocket fuel.

The folks attending Branson’s launch (and those likely to travel to isolated Upham, New Mexico for future launches) won’t travel by car, they’ll fly on private jets. According to a report from the UK, Private jets: can the super-rich supercharge zero emission aviation?  a four-hour private flight emits as much as the average person does in a year. 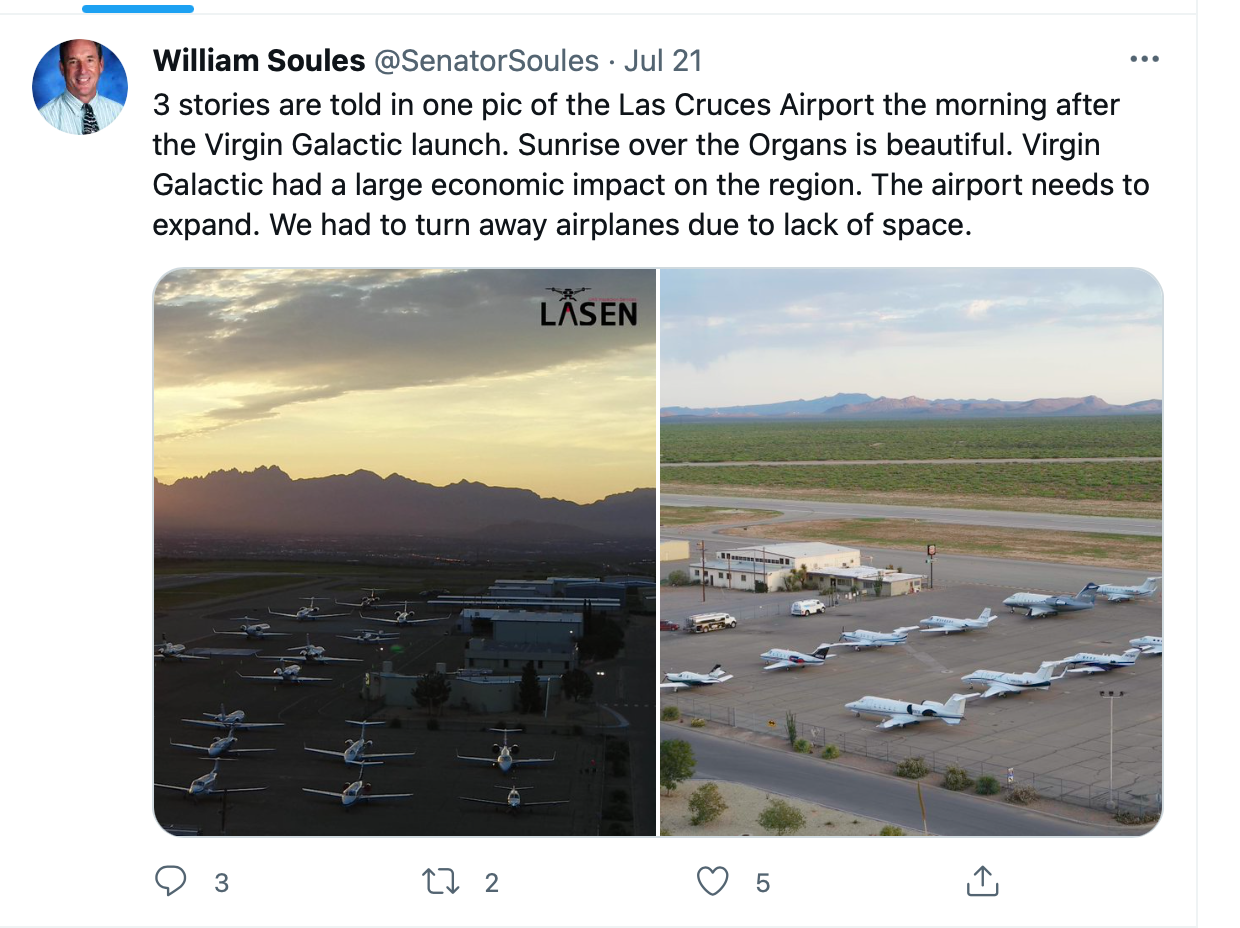