Joe Biden’s nominee for the US Supreme Court raised eyebrows and generated thousands of internet memes when she claimed in her testimony before the Senate Judiciary Committee that she “couldn’t provide a definition for the word ‘woman.'”

Clearly, she knows what a woman is. She is clearly intelligent. She clearly wishes NOT to define the term publicly for political reasons. And that’s the real problem. If she can’t or won’t define something very simple for clearly political reasons how will she interpret complicated laws that she may disagree with?

We recently saw liberal justices on SCOTUS who were simply unwilling to draw ANY line regarding executive power relating to vaccine mandates regardless of whether Congress had granted the Biden Administration such sweeping powers. If she can’t/won’t draw a firm line over the definition of male and female, will she really make tough/unpopular decisions restricting the power of government officials including (but by no means limited to) the one nominating her to the Nation’s highest Court? 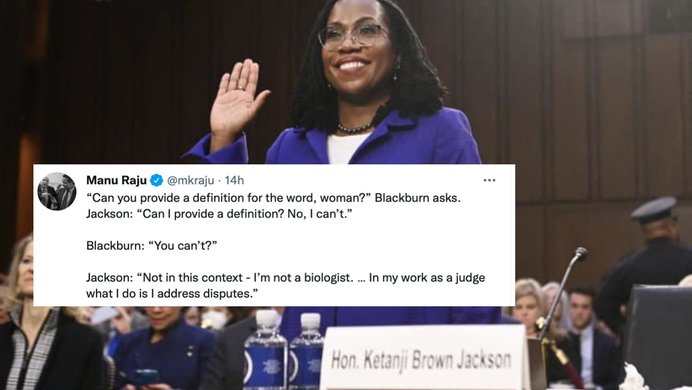 11 Replies to “The problem with Ketanji Brown Jackson’s answer”