Just under a year ago the Rio Grande Foundation wondered if/when the online retailing giant Amazon.com would have a warehouse presence in New Mexico.

Recently, of course, it was announced that Amazon would indeed be building a distribution center in Albuquerque and creating 1,000 or so jobs. Better still, so far as we know, while Bernalillo County is spending $6 million on infrastructure and utilities, no major subsidies were required to bring Amazon here.  This is pretty much ALL good news for the local economy.

Here are a few things to consider: 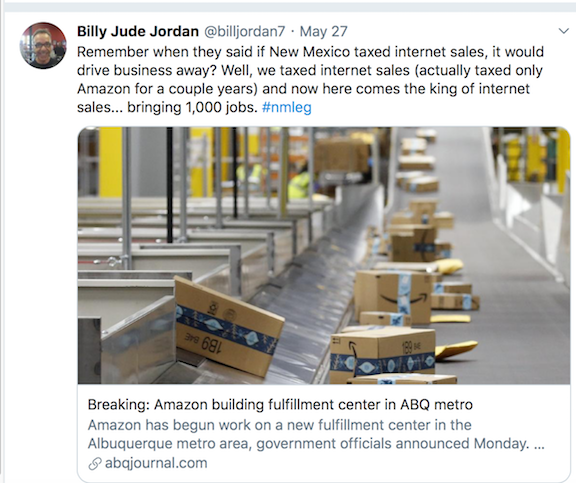