The following is a Twitter thread from a crop scientist who also describes herself as an ex-farmworker and lists her pronouns in her Twitter bio (not likely conservative).

It is relevant because there are some very real issues going on in the global economy with regard to fertilizer and fuel prices. The statements below are relevant for multiple reasons.

It is time to abolish the federal ethanol program and STOP any new mandates like the ones being discussed in New Mexico. 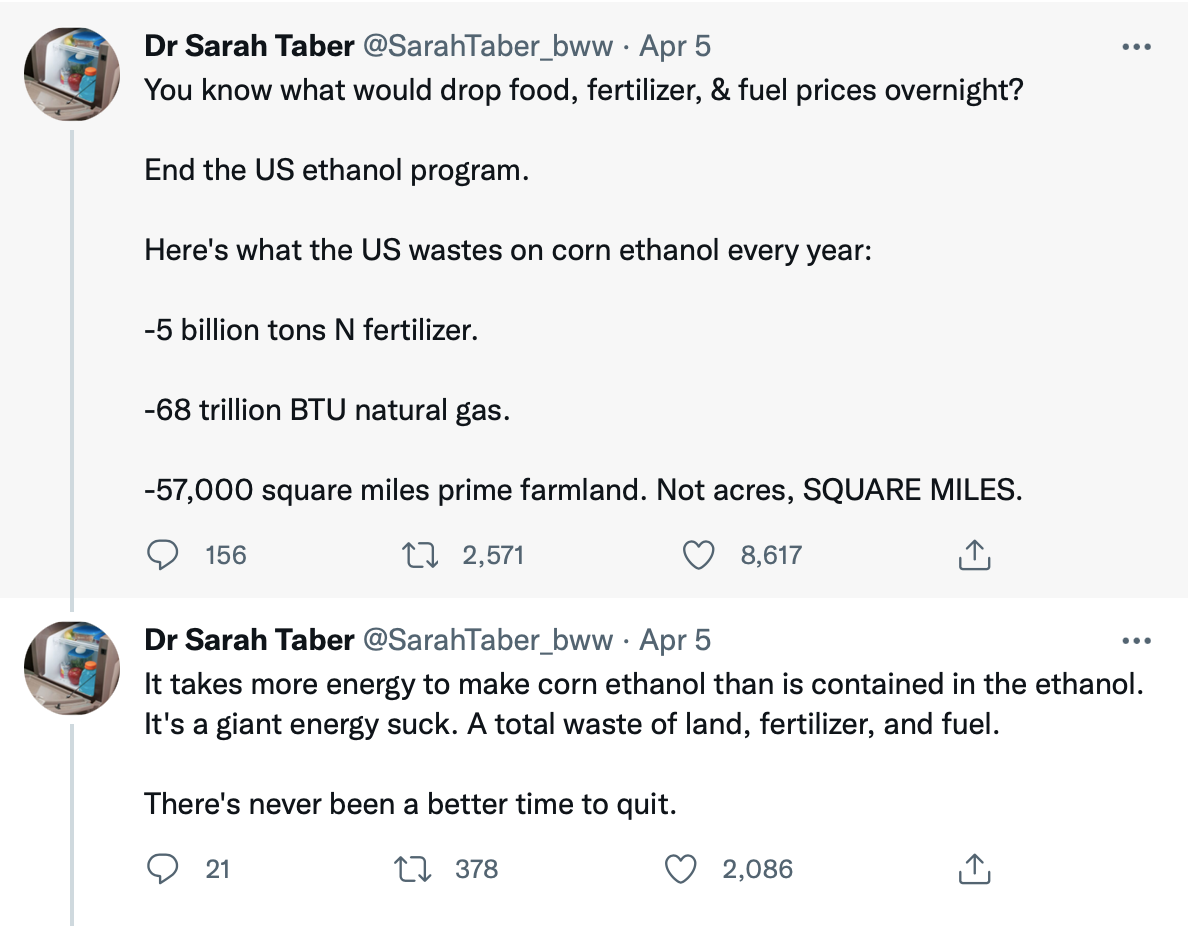 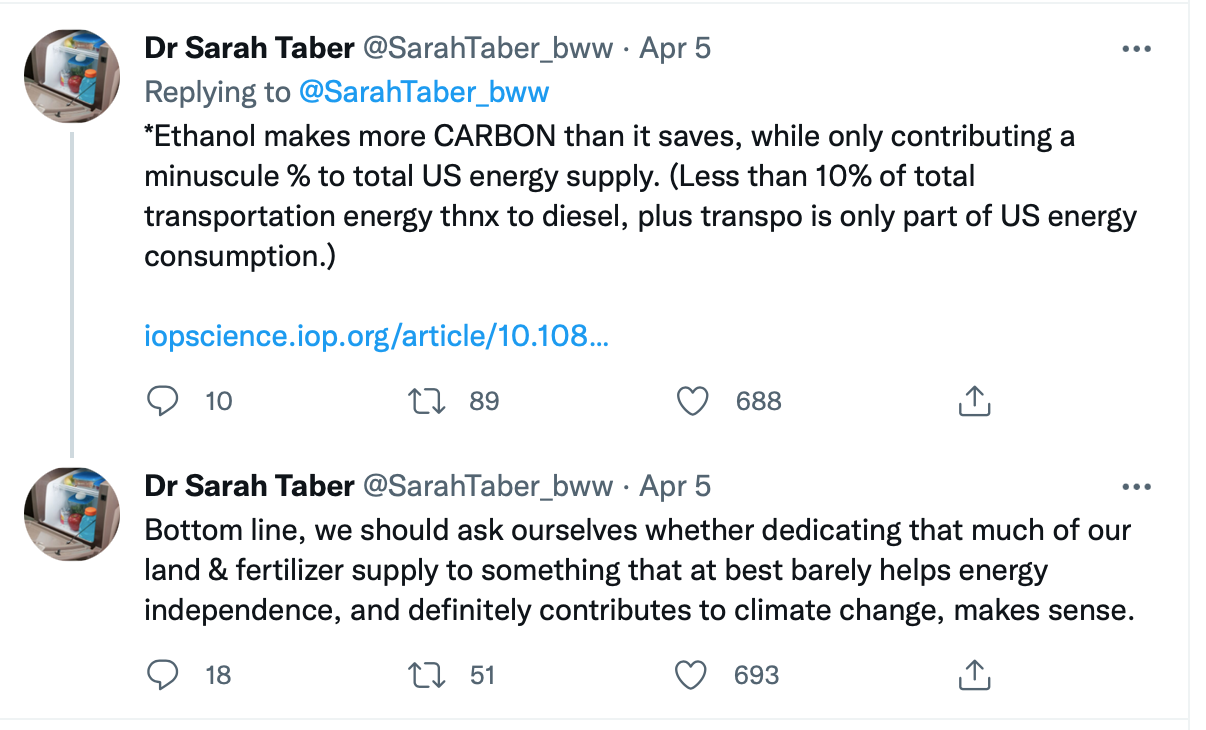