Wallethub has continued to track (and we have continued to report) on the “recovery” in New Mexico’s unemployment situation during the COVID crisis.

According to their report released today, New Mexico’s unemployment insurance claims since this time last year are worse than any other state besides Kansas.

Also, New Mexico has recovered the least among states since the start of 2020. 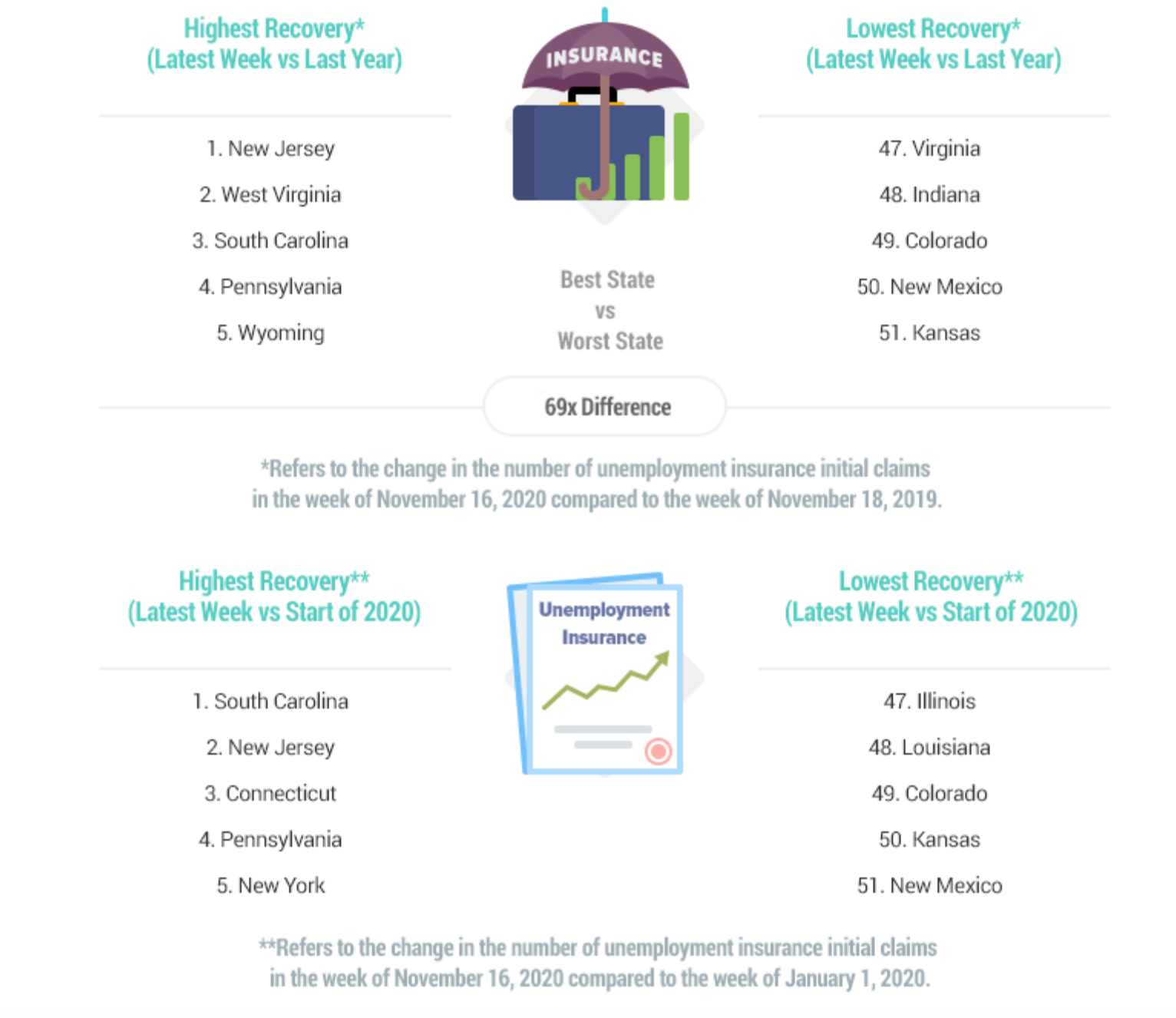 2 Replies to “Wallethub report: New Mexico unemployment is worst in nation AND worsening as MLG locks down”