A year ago New Mexicans and many folks around the country were concerned about contracting COVID 19 via surface transmission. This led Albuquerque Mayor Tim Keller (and other politicians state/nation wide to close down city parks and take other actions that the Centers for Disease Control now says were/are unnecessary.

As the New York Times reports:

But the era of “hygiene theater” may have come to an unofficial end this week, when the C.D.C. updated its surface cleaning guidelines and noted that the risk of contracting the virus from touching a contaminated surface was less than 1 in 10,000.

The following is a screen shot of the RGF president’s Twitter response to Keller’s closing of the playgrounds. The deleted tweets were from a New Mexico-based union official that RGF often spars with in Santa Fe.  The gist of the interaction was Gessing saying that he was going to take his kids to the playgrounds anyway (as he did) and the union official telling Gessing he was a “bad parent.”

A clear cut case of “we were right, they were wrong.” 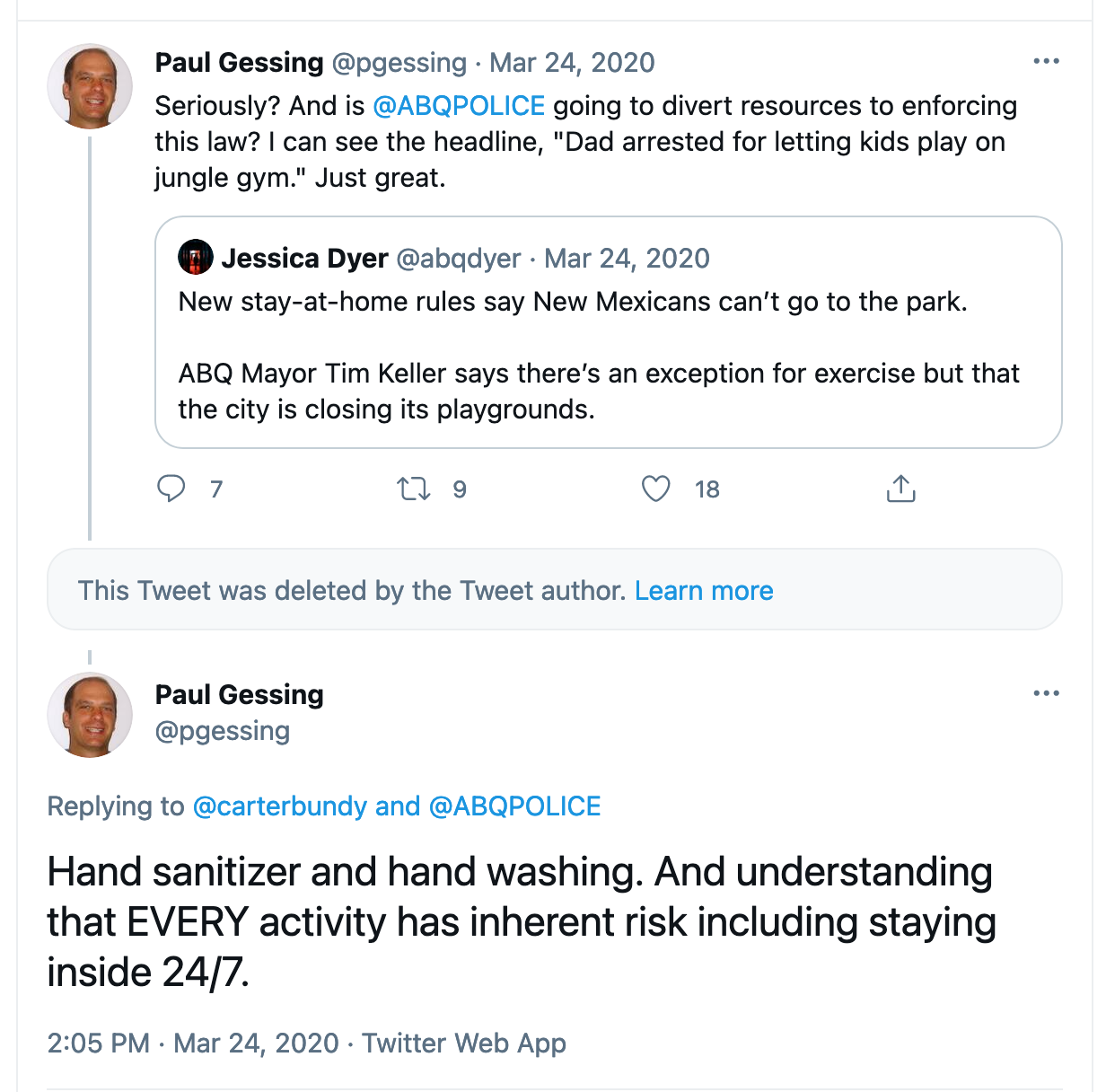 2 Replies to “We were right early on COVID surface cleaning”