Recently Rio Grande Foundation president Paul Gessing sat down with Republican challenger Alexis Martinez Johnson to discuss the race in New Mexico’s 3rd Congressional district. You can find that interview here. We have extended the same offer to Leger Fernandez and would love to talk to her.

However, in searching on her website, we noted that (as of this post on June 23, 2022), the most recent posts on the economy or energy (two of THE most critical issues facing the United States and New Mexico at this time) have not been updated since November of 2021. She’s apparently done nothing on those issues in more than 6 months!

Leger Fernandez touts the Biden Administration’s failed big-spending “Build Back Better” legislation, but it’s been crickets since then as can be seen in the screenshots from her official website (below). 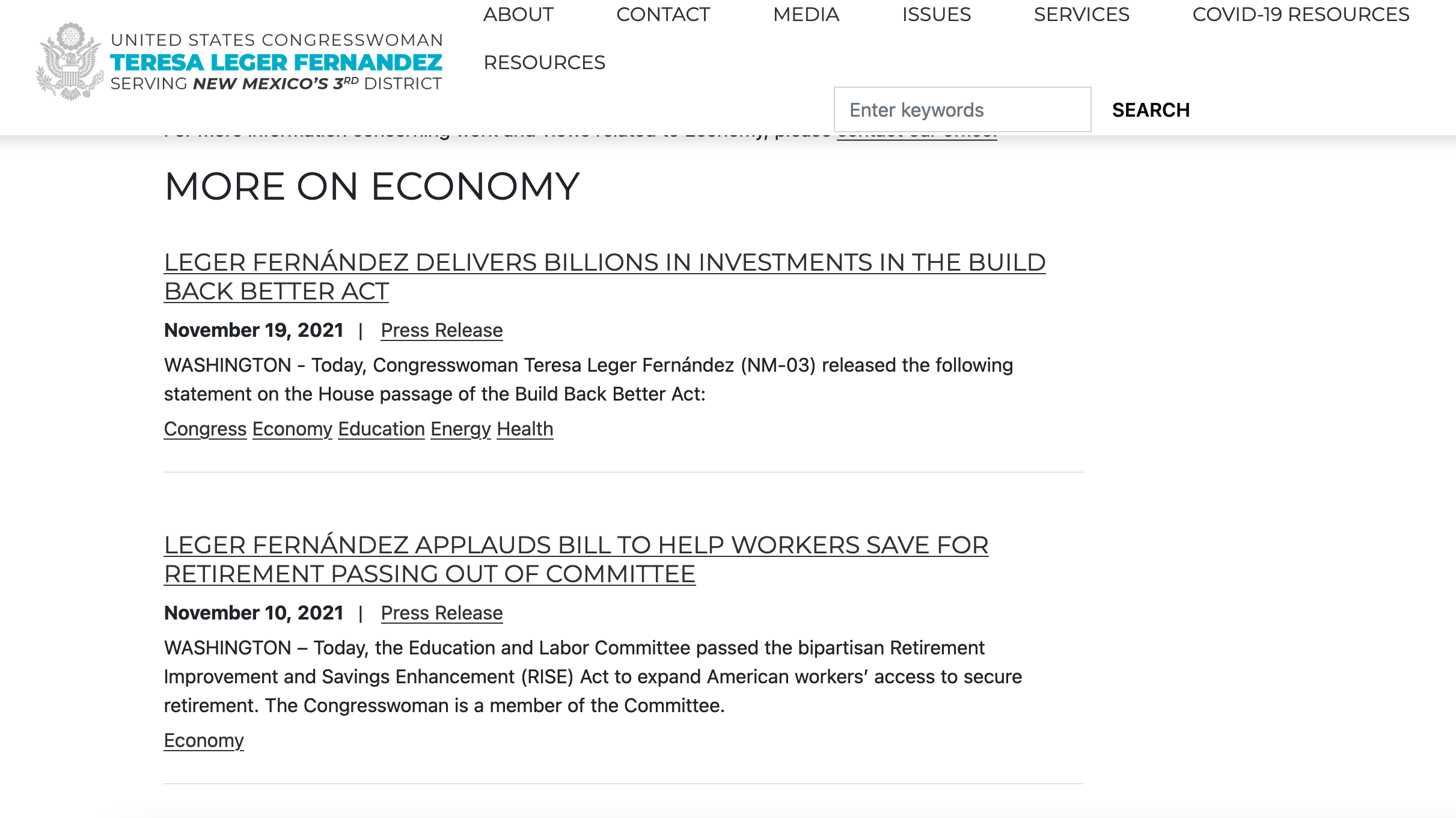 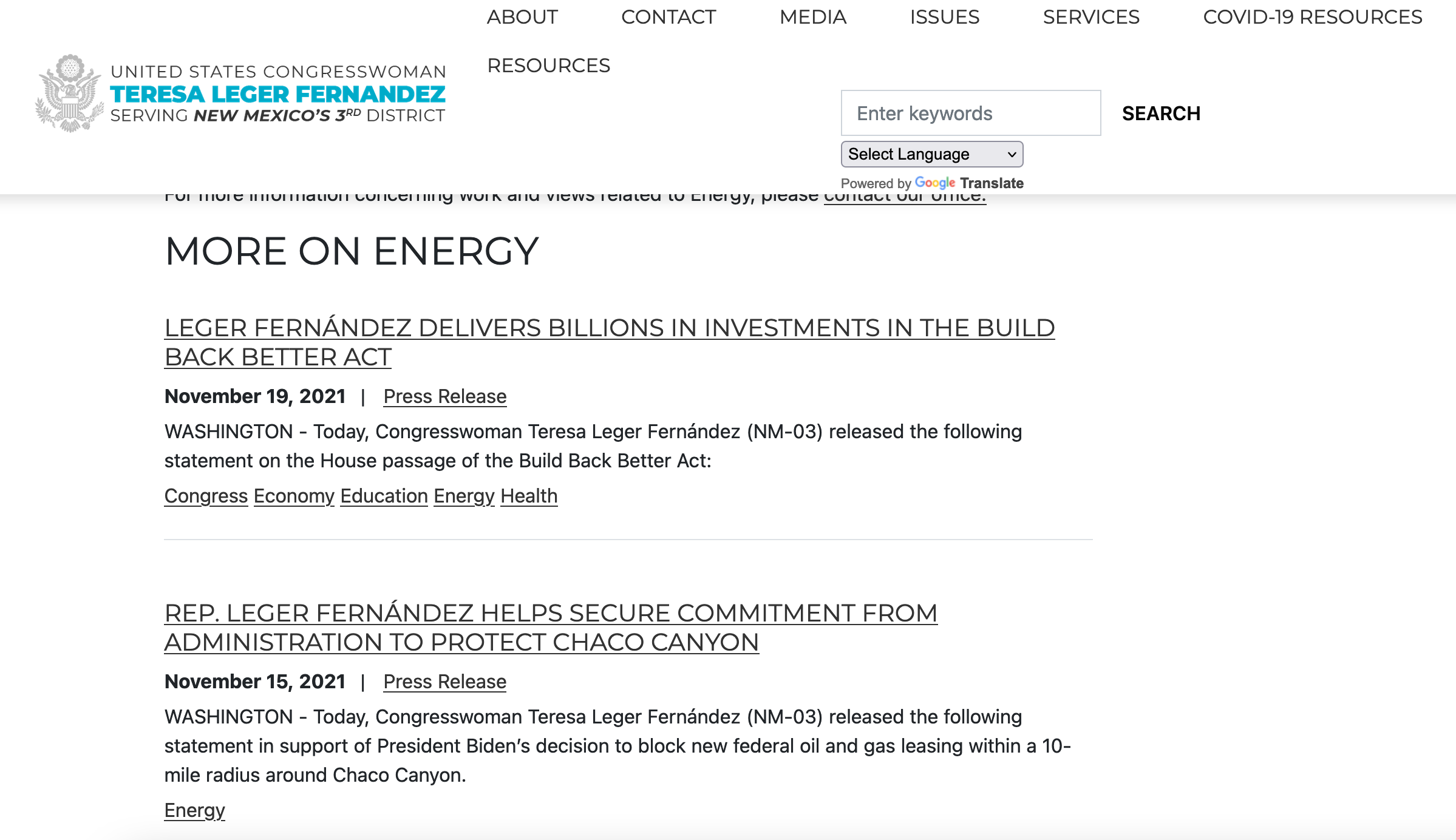 Interestingly, CD 3 is arguably the GOP’s best chance to grab a majority of New Mexico’s congressional seats. As the following analysis from Nate Silver shows, CD 3 is now considered “highly competitive” with a +5 Democrat lean as opposed to a +4 for Herrell and a +11 for Stansbury. 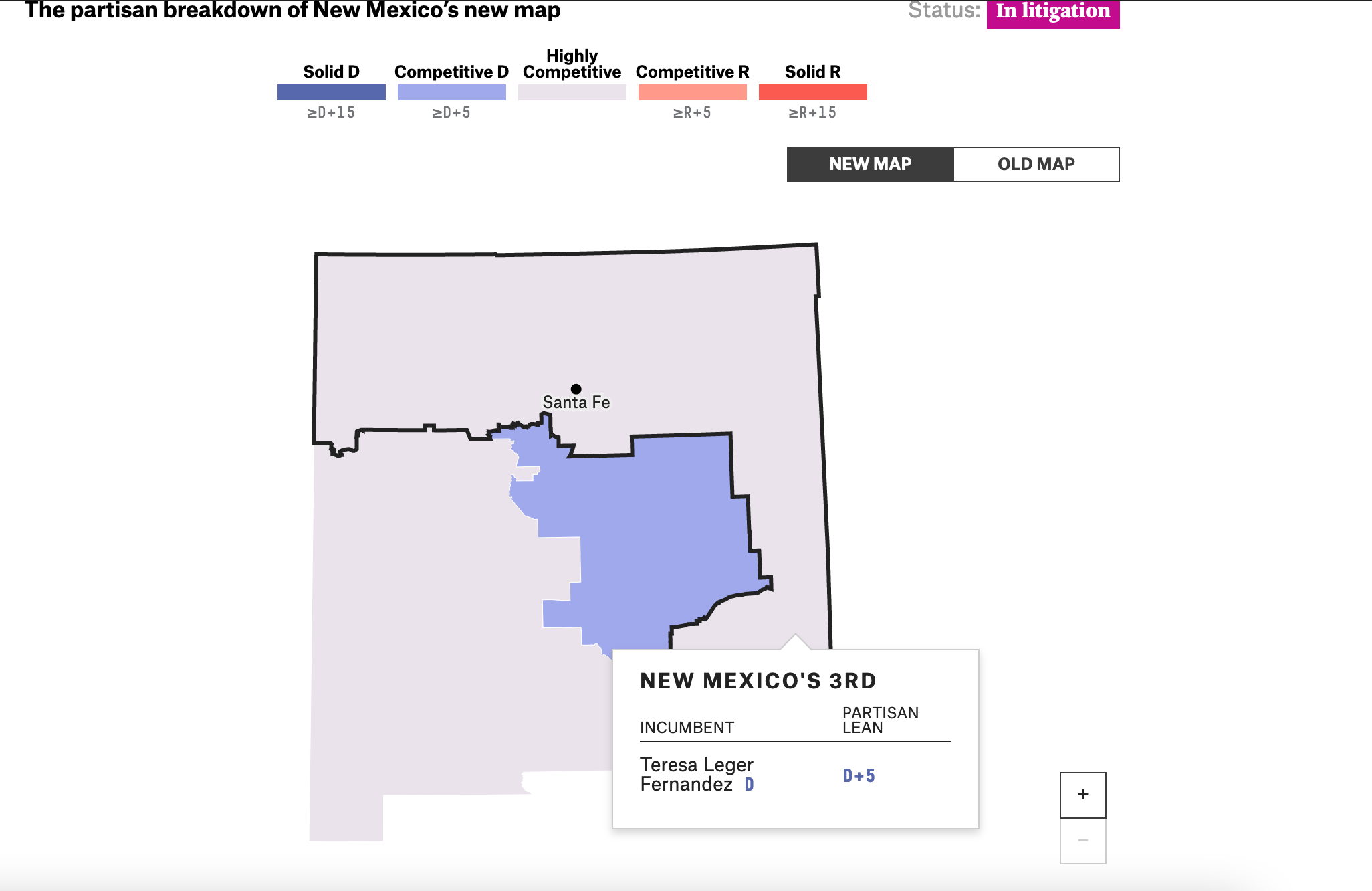