The list of awful New Mexico legislators is a long one. You can find more about Rep. McQueen and his big-government voting record here.

When the House GOP took to Twitter to rightfully point out that New Mexico remains a donut hole of bad economic policy in the American Southwest, Rep. McQueen responded with a Tweet of his own blaming none other than Susana Martinez for the last decade’s failings. Of course, New Mexico ALSO has one of the highest unemployment rates in the US. I’m sure Susana Martinez can be blamed for that as well. 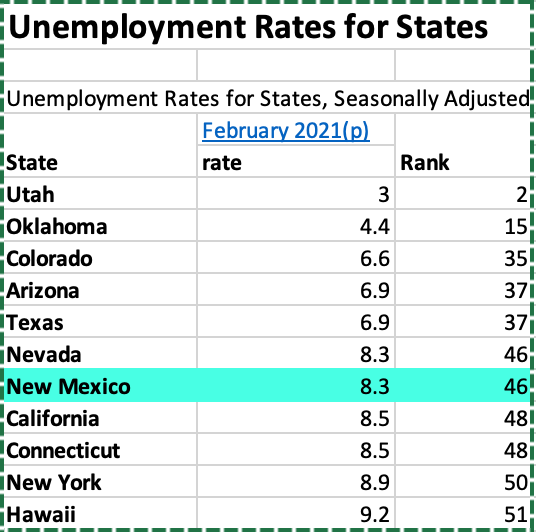 McQueen is a sitting member of the New Mexico House. Does he not know who makes the laws in our State? (Hint, it’s the Legislature).

I wonder who was Governor most of the last decade? 🤔 pic.twitter.com/WTdFepdMgN