The causes of the recent electricity outages in Texas are complicated. It got REALLY cold in parts of a state that are not used to such low temperatures. Initially the blame was placed squarely on the use of so-called “renewables.”

Then,  not surprisingly, there was a fierce backlash as liberal media “fact-checkers” and their environmentalist allies pushed back noting that wind was not “responsible” or “wholly responsible” for the problems in Texas.

What’s the truth? Check out this post from America’s Power (and the chart below). It shows how various energy sources performed in terms of their “capacity factors” during the crisis.

The chart for MISO is below (for more details on the acronyms and other data posted below click on the blog post above):

The chart for SPP is below:

The point is that “traditional” electricity sources like nuclear and coal performed the best. Natural gas which has traditionally been used for heating and is now ALSO being used for electricity generation had a tough time, but wind really did poorly. There is no doubt that natural gas infrastructure needs to be improved if both heating AND electricity are to rely on it.

The chart below is Texas’ electricity generation portfolio from Energy Information Administration. It is hard to see how wind’s already-low reliability could be improved. Clearly, with Texas producing vast quantities of natural gas, Texas’ utilities could do more to improve the reliability of natural gas. 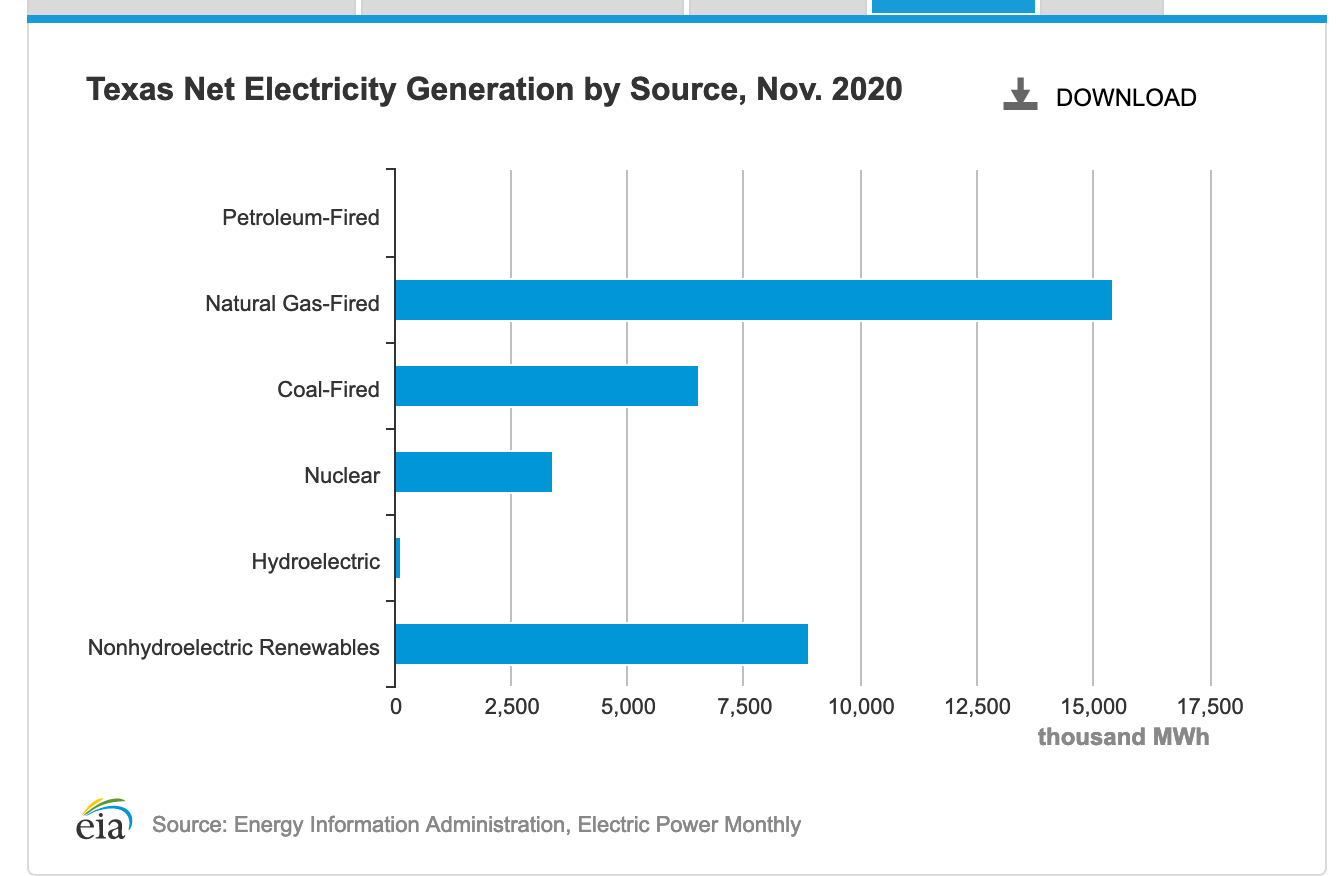