In New Mexico, when politicians talk about “diversifying the economy,” they usually mean “finding new taxes in order to spend more money.”

That’s partially because we have so many state and local government workers (let alone federal employees and contractors). Even a global pandemic can’t stop New Mexico from growing as the map below from The Washington Post shows.

While most other states saw reductions (often major) in state government employment, New Mexico’s already-bloated government workforce grew by 4%. That is tied for the fastest growth in the nation.

Adding insult to injury, while their numbers grew, the Legislative Finance Committee in New Mexico’s Legislature planned to give pay raises to state government employees in the budget currently being discussed in Santa Fe. Gov. Lujan Grisham gave fat pay raises to her inner-circle although (to her credit) the Gov.’s budget DOES NOT have broad based pay hikes. 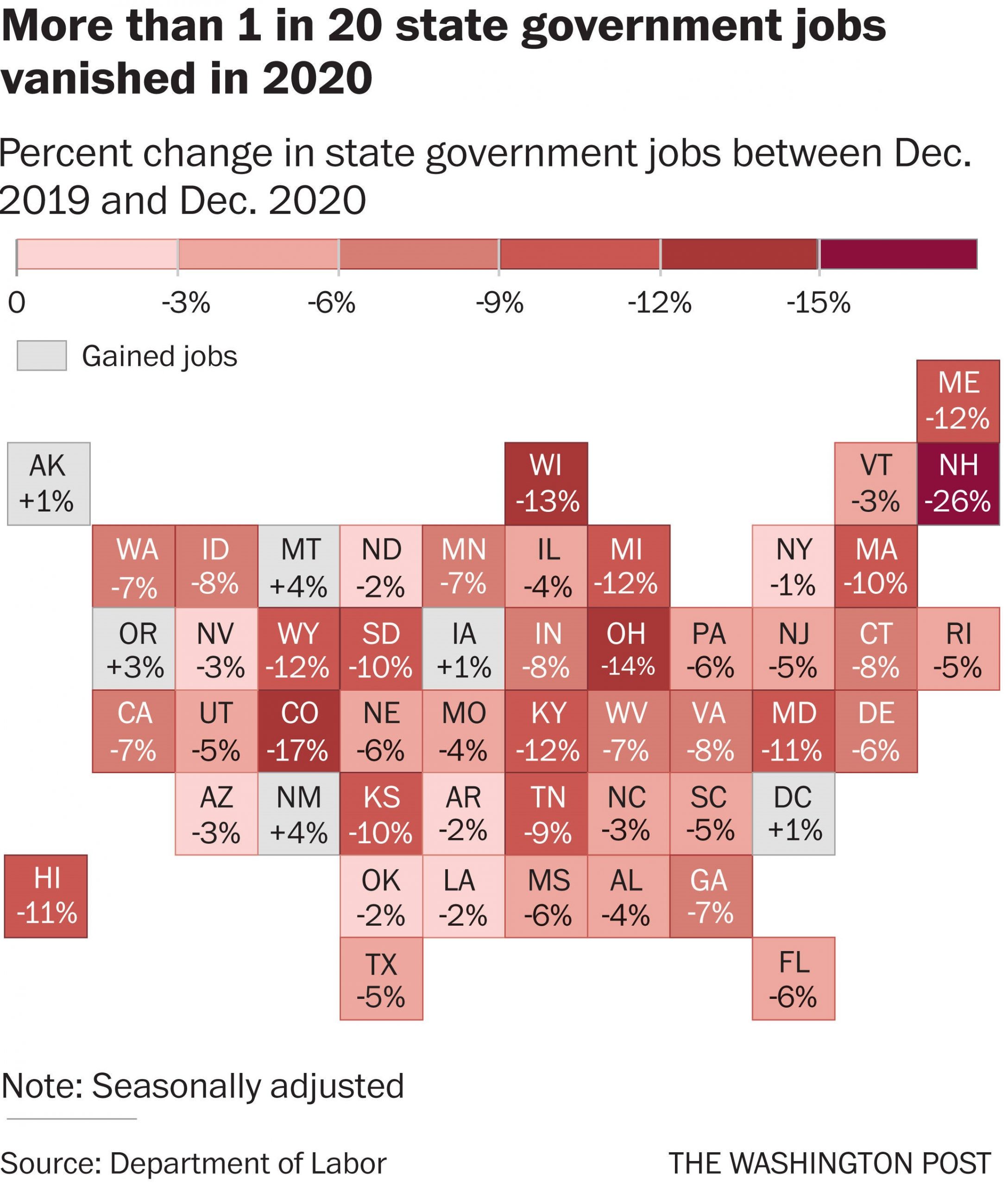