It has been widely reported that Albuquerque Public Schools is one school district that is losing large numbers of students. We don’t know how many students other districts throughout New Mexico lost during COVID, but have heard similar numbers.

The following chart is from the National Assessment of Educational Progress. It highlights that in 2021 Catholic and other private schools remained in-person more than 90% of the time while government-run schools hovered anywhere from 50% in-person to 62%.

Further below that we re-post the Burbio report which highlights the fact that under Gov. Lujan Grisham New Mexico students were out of their classrooms more than students in all but 5 other states. It’s pretty easy to see why New Mexico families accelerated their move to schools of choice. 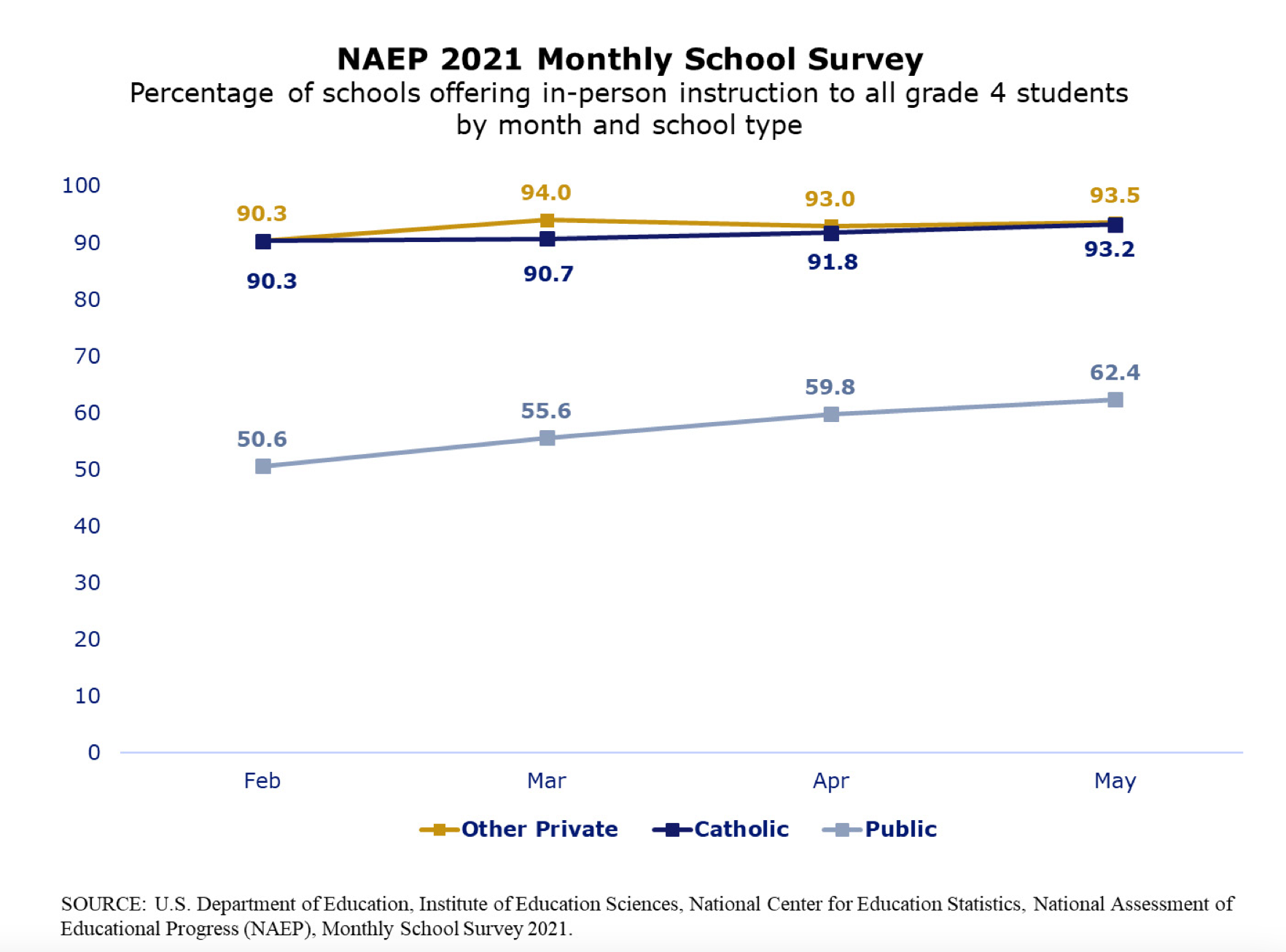