Early voting for the City’s October 6 elections is under way. Early voting locations can be found here. Control of City Council hangs in the balance with liberals eager to pick up a 6th seat on the Council to create a veto-proof majority. From the more conservative side, there is hope of adding a more moderate voice to the Council in the form of Hessito Yntema.

Interestingly enough, Albuquerque’s elections require a photo ID when you go to the polls, a tool that generates little in the way of concern come election time, but that the Obama Administration and many liberals claim is “racist.” 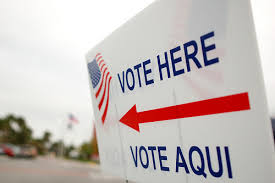 Of course, along with the Council races, there are a number of questions on the ballot for voters to decide on. I have listed them below in order of importance:

1) Tax Hike for ABQ BioPark would seem hard to justify: As the Rio Grande Foundation has noted elsewhere, Albuquerque’s gross receipts tax rate has risen by more than 20% since 2000. The gross receipts tax is incredibly harmful and regressive. We also believe there are other ways including privatization which is in use at 75% of zoos that could save money and improve the quality of our zoo without raising taxes in a time of great economic difficulty.

2) Question 1 would change the signature requirement for initiatives to 20% of the last mayoral election and would require that such elections be held only alongside other municipal elections. The latter in particular would save the expense of holding special elections. These changes make sense.

3) Bonds: There are several bonds on the ballot. As we have pointed out in the past, bonds are paid for with your tax dollars. While we all enjoy the government services paid for by these bonds, not all community center and park projects are essential, particularly in economically-challenging times.