As has been commented on at this site and on some others, voters in some of New Mexico’s most conservative counties did not show up on Election Day 2022.

We have worked through a bunch of calculations using data from the SoS website and have determined that with Mark Ronchetti having lost by 45,467 votes, there is no realistic way for him to have won based on turning out more votes in New Mexico’s most conservative (and underperforming counties) which include: Lea, Roosevelt, Curry, Otero, and Chaves Counties. The populations simply aren’t big enough to put him over the top even at turnout levels exceeding the state average (52.38%).

However, if Yvette Herrell’s home county (Otero) and the areas eligible to vote for her in Lea and Eddy Counties had turned out at the statewide average, Herrell would have closed the 1,350 vote gap with Vasquez and won by a few hundred votes.

As an aside, turnout in New Mexico’s most conservative counties has been an issue in past elections. Just looking at the presidential cycles of 2020 and 2016 we find:

Needless to say, voter turnout in Lea County (Hobbs area) in particular tends to lag dramatically  behind the statewide average, but other SE New Mexico counties tend to as well, just not by as much. 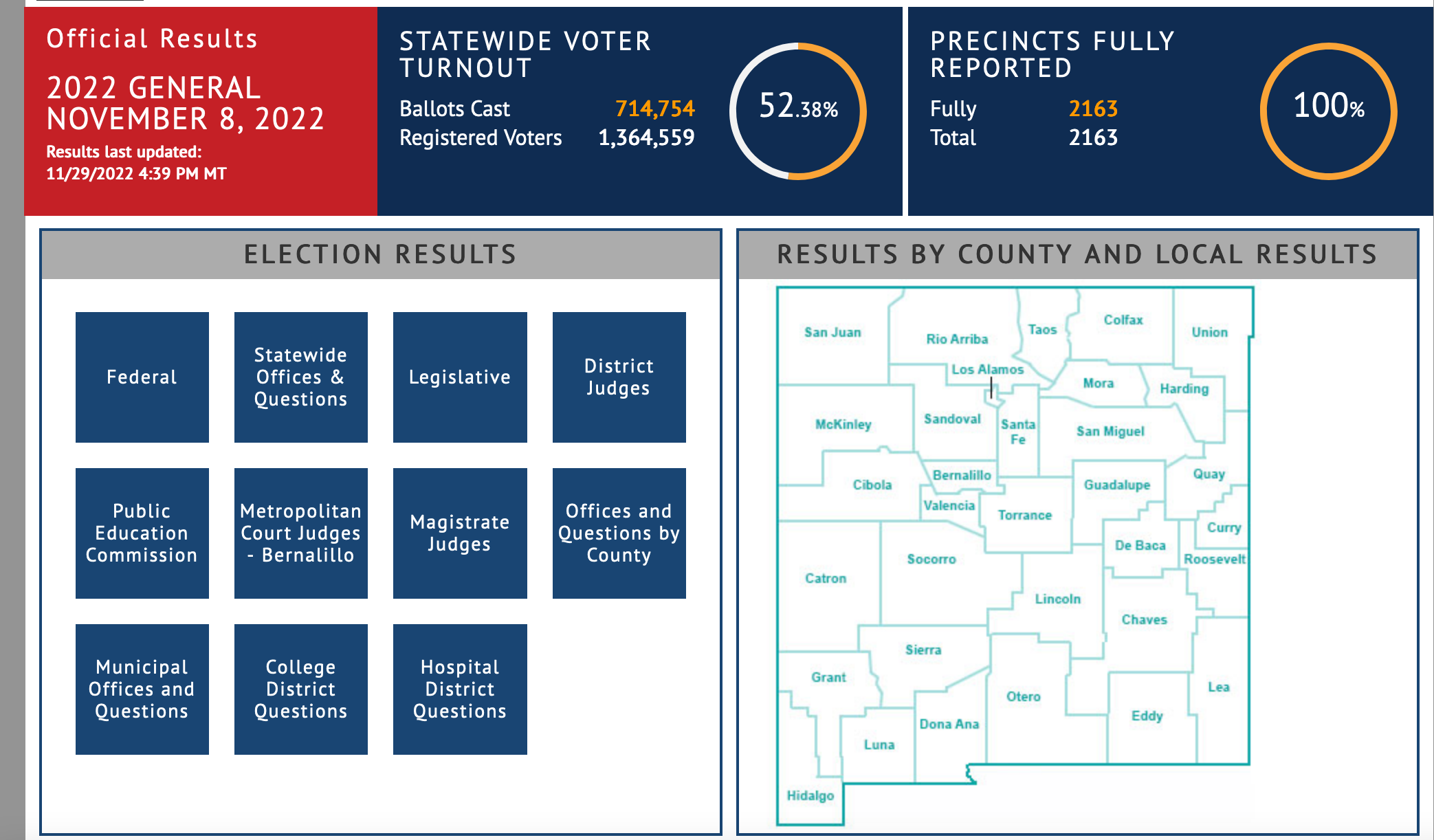