This post will be somewhat different insofar as it connects various data points, including polling data, to make conclusions about the challenges facing New Mexico:

It would seem (not shocking to many) that New Mexico’s fundamental problem is that it’s elected leaders make bad policy decisions and that voters’ ignorance only reinforces those views. Wallethub’s map is below: 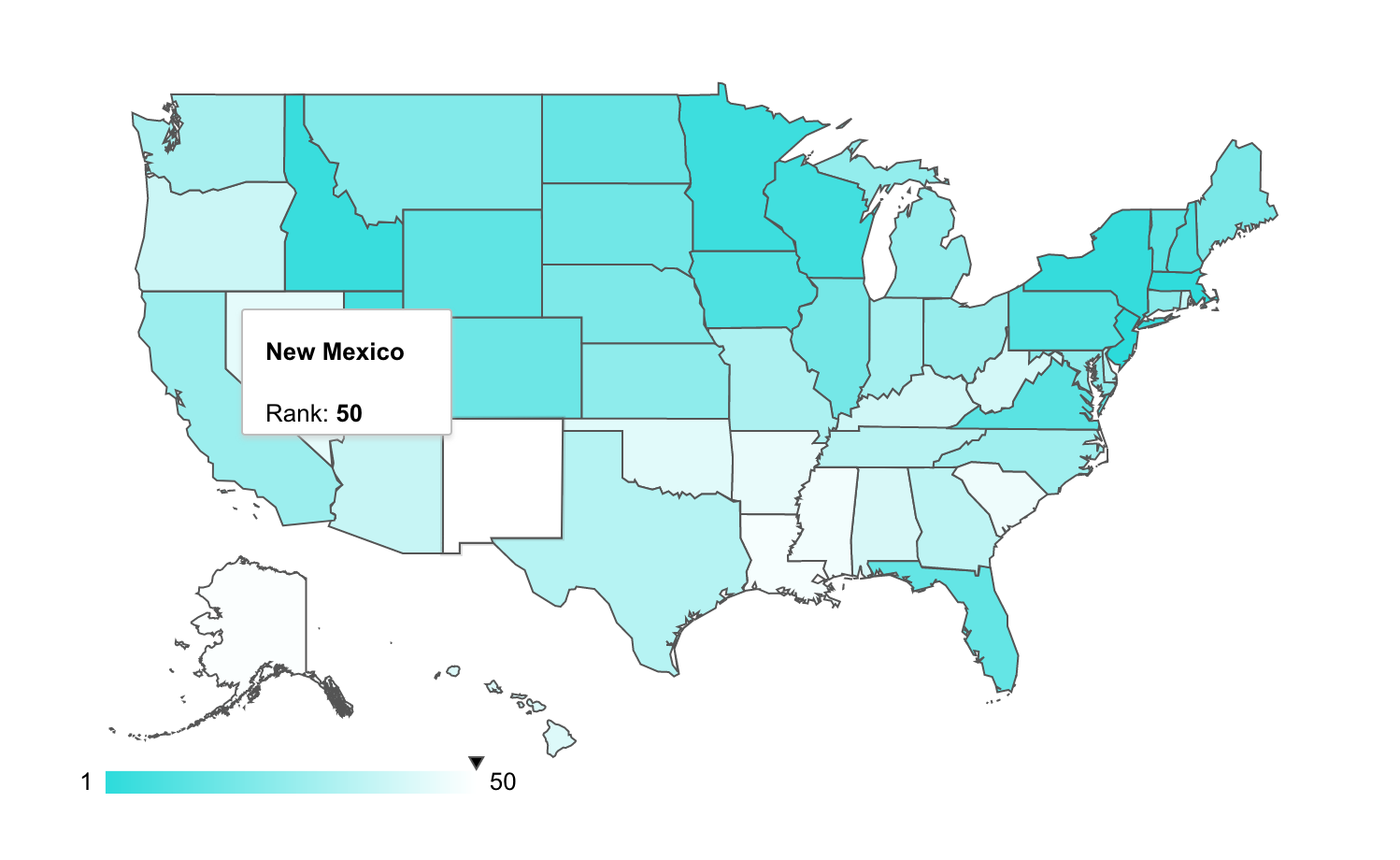