As we’ve noted in other posts the New York Times COVID 19 tracking website is very useful in understanding the impacts of the Virus. And, the news in terms of BOTH the spread of the Virus itself AND deaths is improving.

The 7 day rolling average of deaths is declining as well although the numbers are more volatile partly because there are fewer of them. The last two days have seen 3 and 1 death. 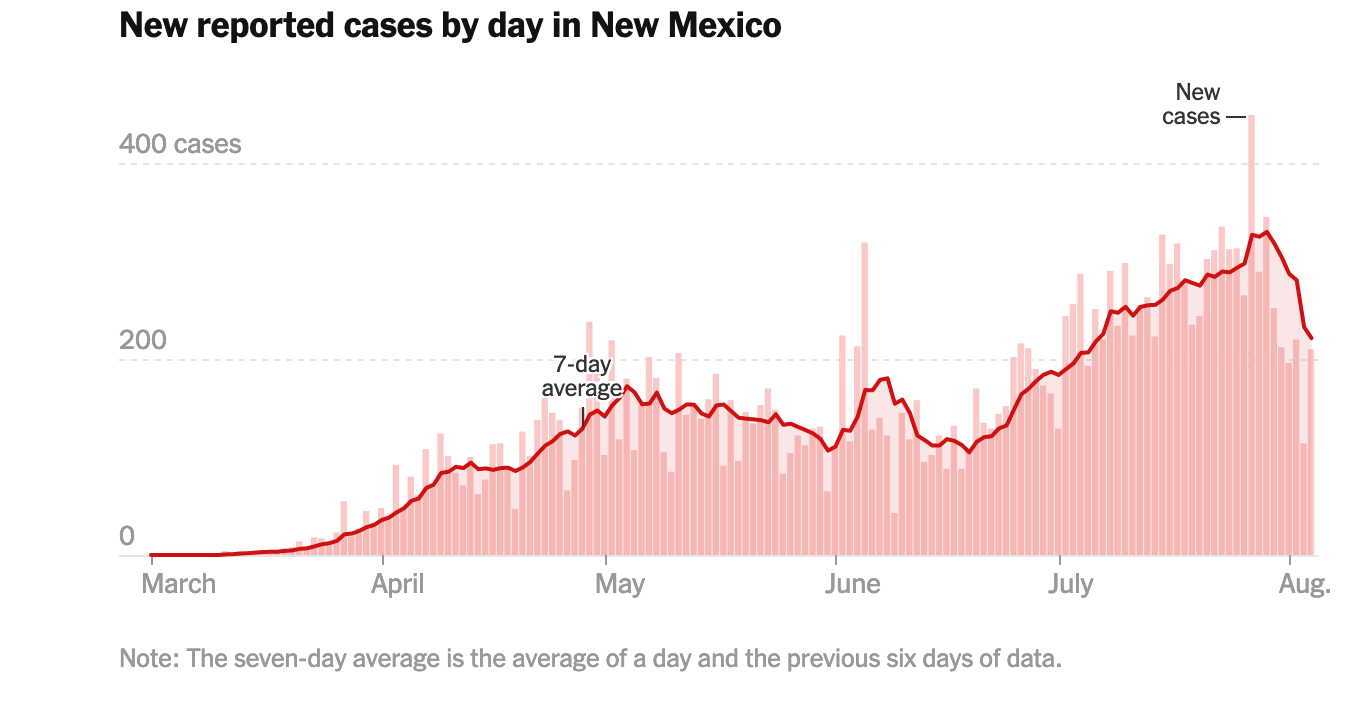 Does this mean people are “masking up” and that the Gov.’s policies are working? The Gov. made that claim back in June when numbers looked to be going in the right direction, but there really isn’t any evidence of that. Neighboring states like Texas and Arizona are also seeing declines in cases and deaths.

With the State having just entered ANOTHER extension of the Gov.’s health orders will things be relaxed if the good news continues? Your guess is as good as mine. The news on both spread AND deaths is good and we’ll just have to see how this impacts Lujan Grisham’s decisions. She holds the power.