The chart below is directly from the Voices for Children website. New Mexico’s overall performance has been remarkably consistent over the past decade with NM bouncing from an overall ranking of 49th and 50th. In 2020 New Mexico remained stuck at 50th and in 2021 “rallied” to 49th. 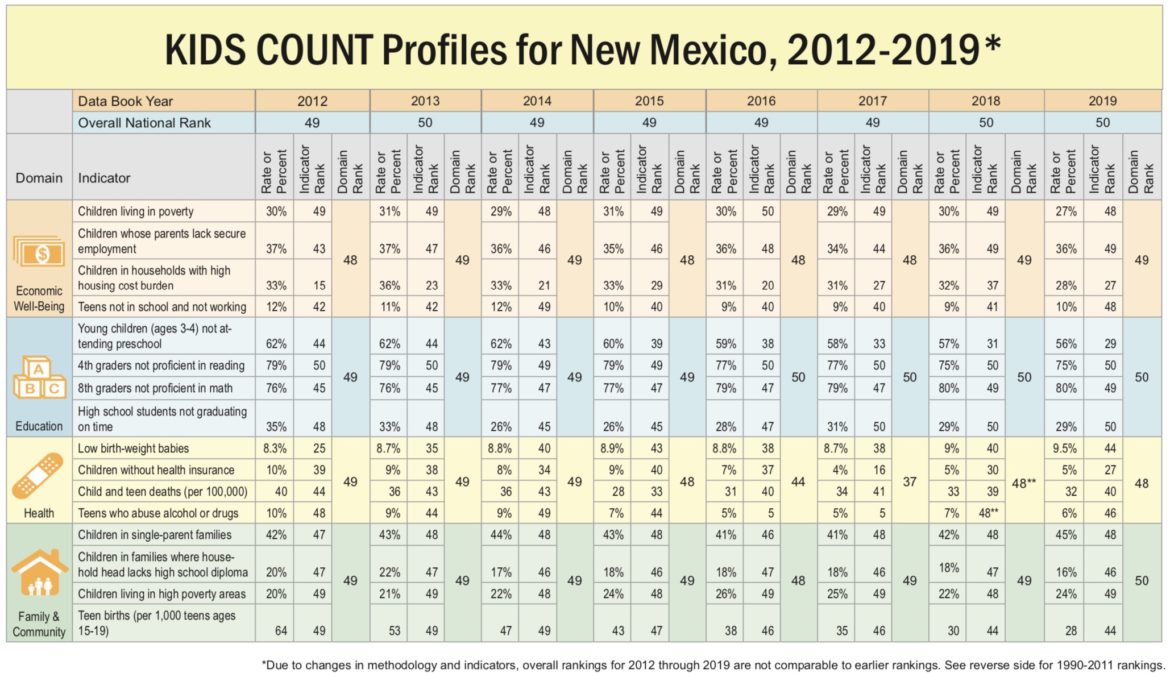 Here’s the thing. In 2019 during the last year of the Martinez Administration James Jimenez of Voices said, “Fundamentally, the story the data tells is there was a real failure by the Martinez administration to invest in youth, children and families in a way that made much of a difference in terms of these kinds of rankings.”

In 2021 as the State moved up a single spot (but with Gov. Lujan Grisham in charge), Emily Wildau of Voices wrote, “Pre-pandemic improvement in child well-being a glimpse at what investments can do.”

Clearly, New Mexico’s actual performance on Kids Count is quite poor (and the Gov.’s pandemic policies will likely have significant negative impacts on our children). That transcends who is in the Governor’s office. As the Rio Grande Foundation has noted the Legislature is the body that actually makes the laws. Perhaps more attention should be focused on THEM when New Mexico’s poor results are considered. 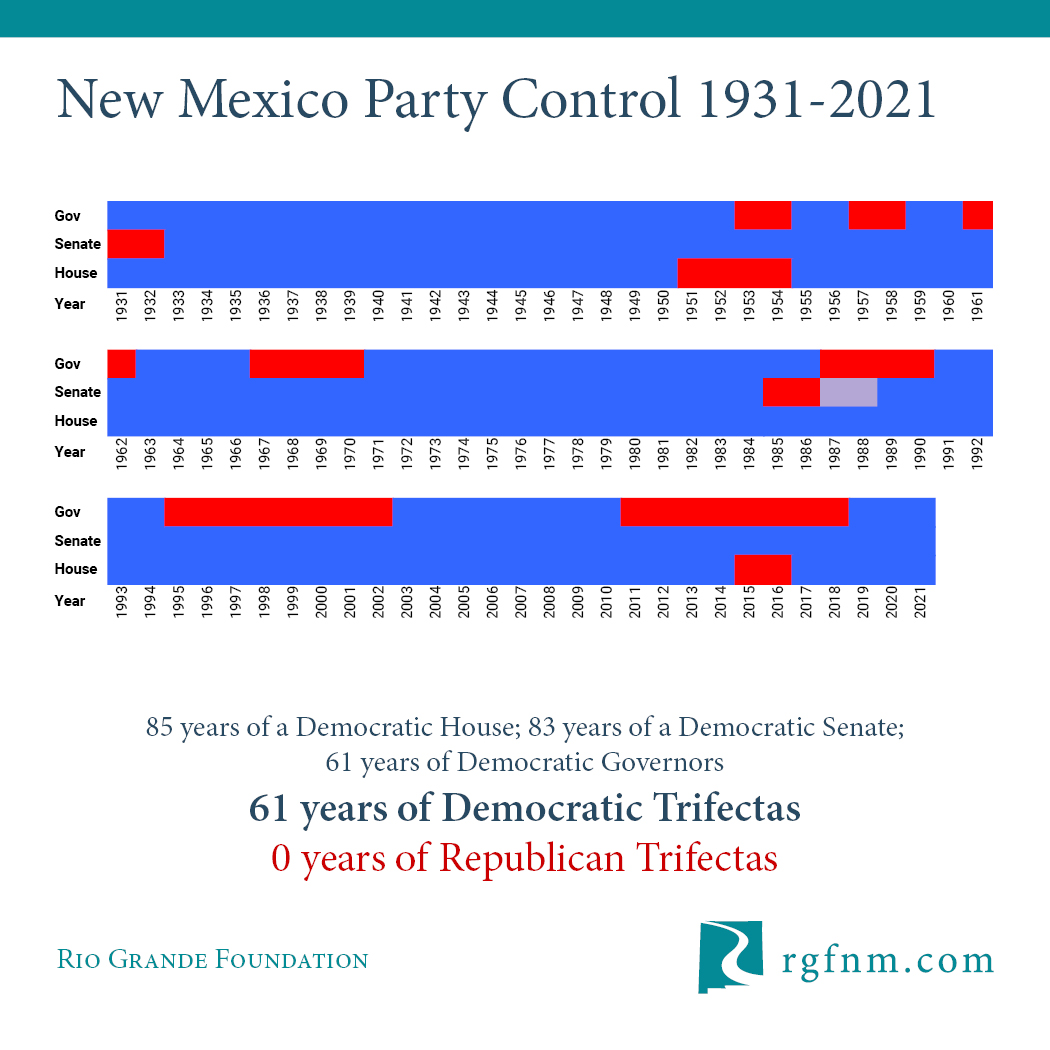