Recently at RGF we noted the long standing problems with the US federal government’s management of New Mexico lands. This, in light of the forest fires that continue to rage throughout our State.

We were surprised to find this article from the lefty journalism outfit Searchlight New Mexico which included several interviews with people throughout the fire-ravaged regions of our State. The article actually does a good job of bringing attention to the fact that the federal government undertook a massive land grab and has, over the years, removed more and more land from local uses and control.

Here is another choice quote from the article which is worth a read. 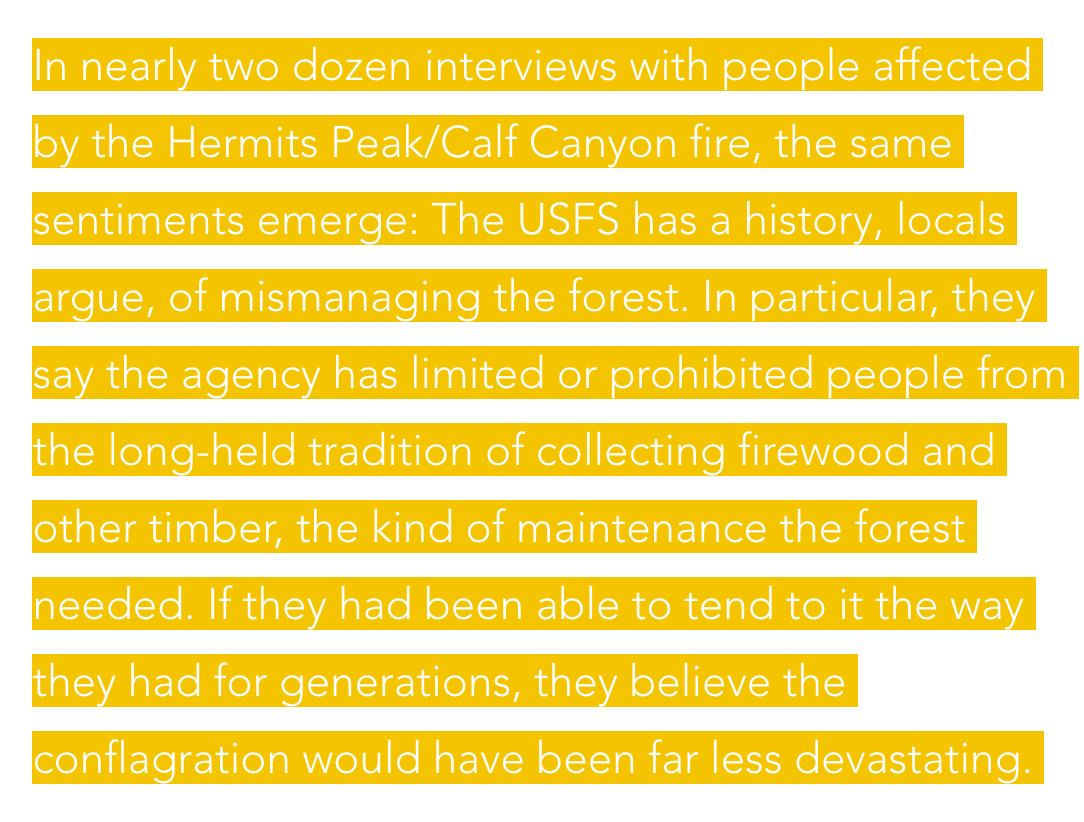 We have long argued that the federal government is captured by radical environmentalists and cannot change its approach and thus should devolve management of most Forest Service and BLM lands to New Mexico. We worked with then New Mexico legislator Yvette Herrell on the issue. Alas, getting the federal government to give up its grip on Western lands is a generational challenge. Many Northern New Mexicans clearly understand that Washington is a bad landlord.