No matter what metric is used, New Mexico’s pandemic performance under Gov. Lujan Grisham has been poor. The Rio Grande Foundation has been saying this for over a year now we are getting some academic studies to back our points up.

The latest study which is discussed at some length in the Wall Street Journal uses three basic metrics: economy, education, and mortality. With the nation’s worst unemployment rate, arguably the nation’s most negatively impactful education response, and a high COVID death rate (currently 13th-highest), Lujan Grisham’s response looks quite bad.

And, according to the analysis, it is indeed 3rd worst among US states as seen below. 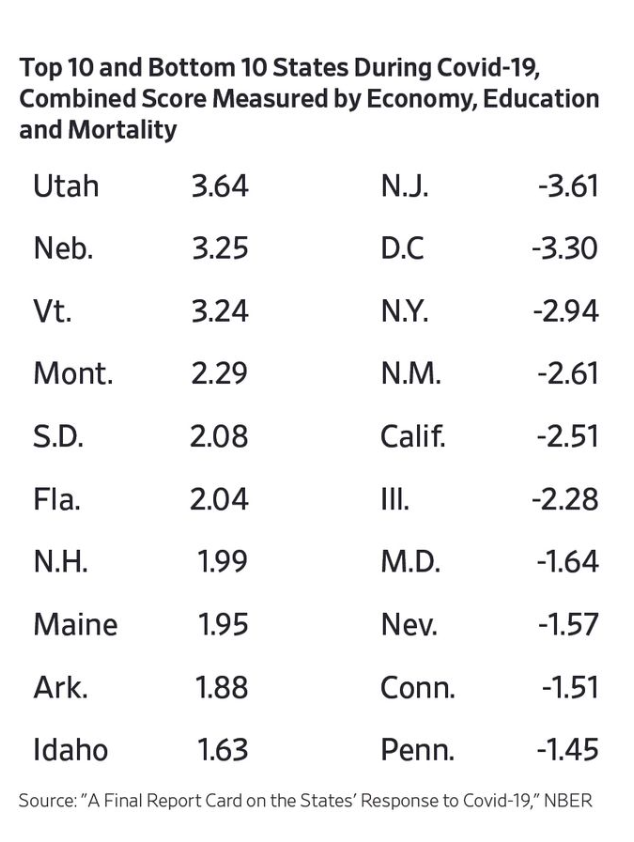