Sen. Martin Heinrich’s Twitter feed you might believe that natural gas is the dirtiest fuel known to humankind, not one of the cleanest.

Heinrich (and AG Hector Balderas) both oppose natural gas for home heating and cooking on environmental grounds. Heinrich even attempts to claim that electricity is a cheaper means of heating your home.

This is obvious to anyone who has lived with both types of heat, but it is good to see Heinrich’s misinformation refuted by none other than the federal Department of Energy (yet again). 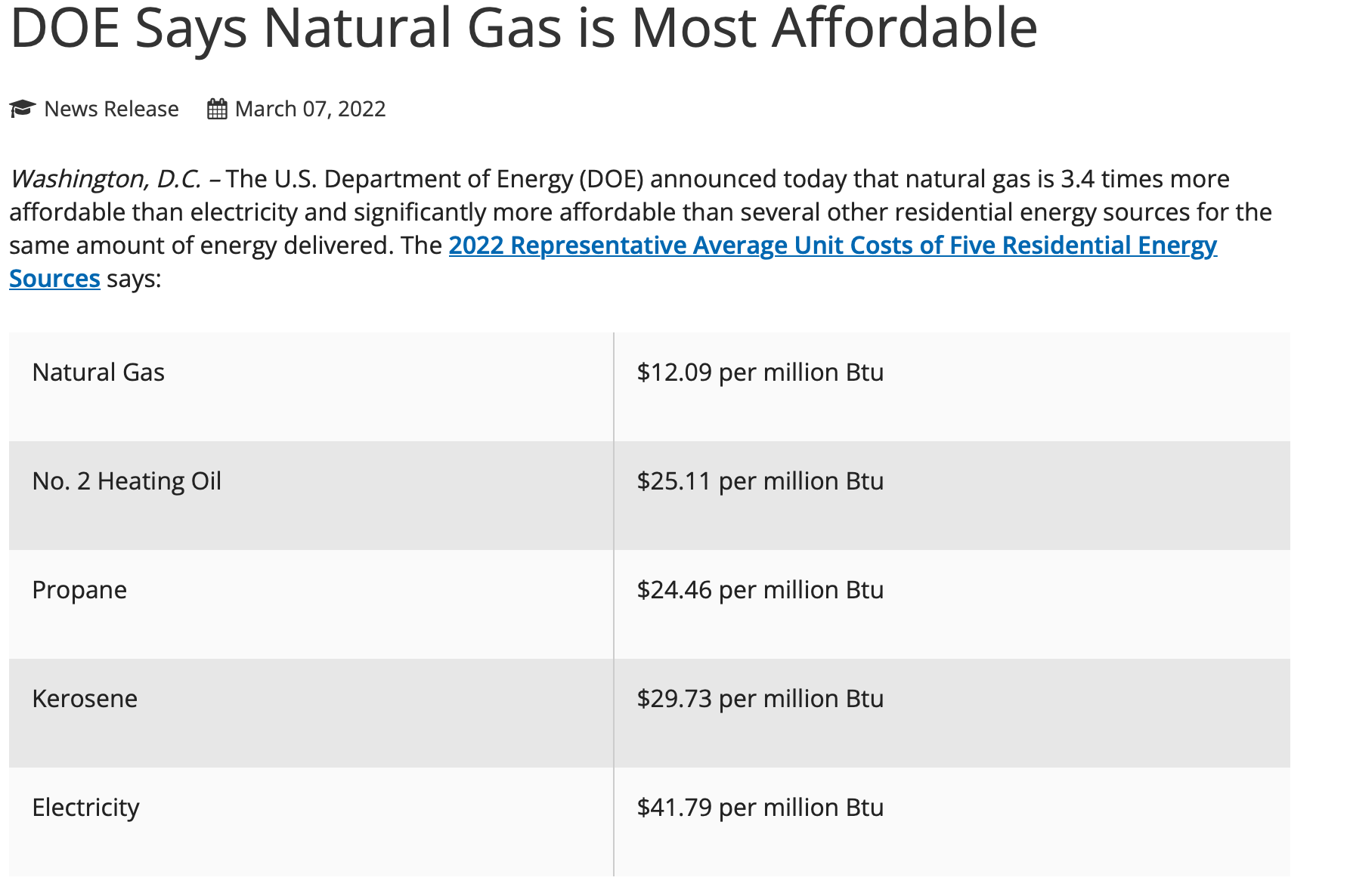